The TacklingPovertyNZ initiative aims to contribute to a national conversation on how to reduce poverty in New Zealand.

The diagram below maps our TacklingPovertyNZ publications bringing together the outputs of the 2016 regional workshops and other research from throughout 2017. 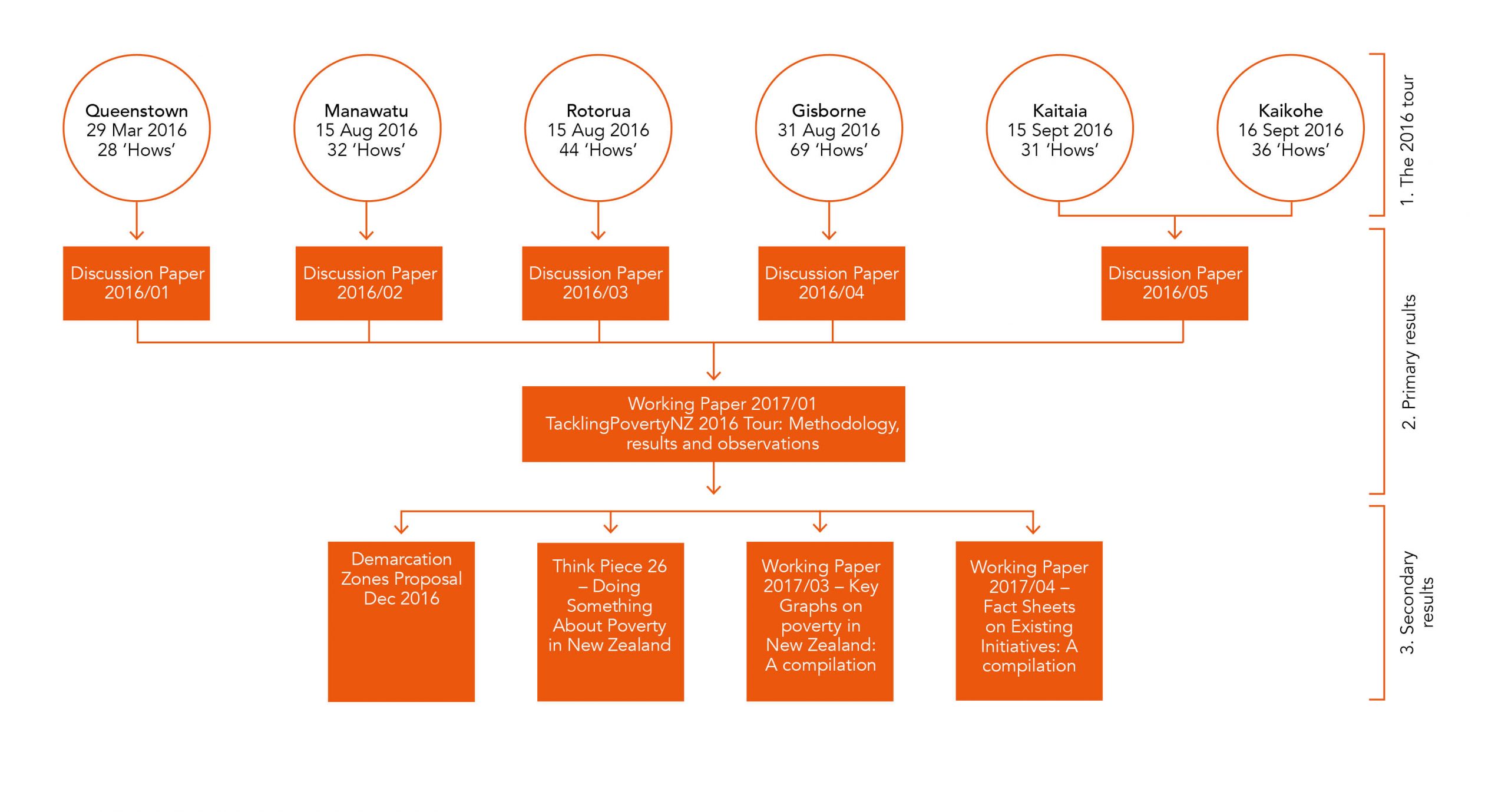 The TacklingPovertyNZ workshops are a collaboration between the New Zealand Treasury and the McGuinness Institute.In December 2015, the McGuinness Institute undertook a three-day workshop in collaboration with The New Zealand Treasury. The workshop brought together 36 New Zealanders between the ages of 18 and 25 to explore ways to reduce poverty in New Zealand. To see the final presentation by the 36 participants or videos of workshop speakers, please watch the Institute’s YouTube TacklingPovertyNZ Playlist. The primary output from the workshop was a booklet outlining participants’ observations, reflections and recommendations for how New Zealand might tackle poverty. You can download a PDF of the booklet here. You can learn more about the 2015 workshop here.

One of the observations made by participants at the 2015 TacklingPovertyNZ workshop was that poverty in New Zealand is too complex an issue to be overcome with a blanket solution. Instead, solutions must be sought at a local level to acknowledge that poverty has vastly differing consequences for people in different areas of New Zealand. This observation has led to the undertaking of a TacklingPovertyNZ tour – a series of one-day workshops around New Zealand to provide a platform for local voices to address the issue of poverty in their region. You can learn more about these one-day workshops here.

See a selection of our latest research and publications related to TacklingPovertyNZ below. 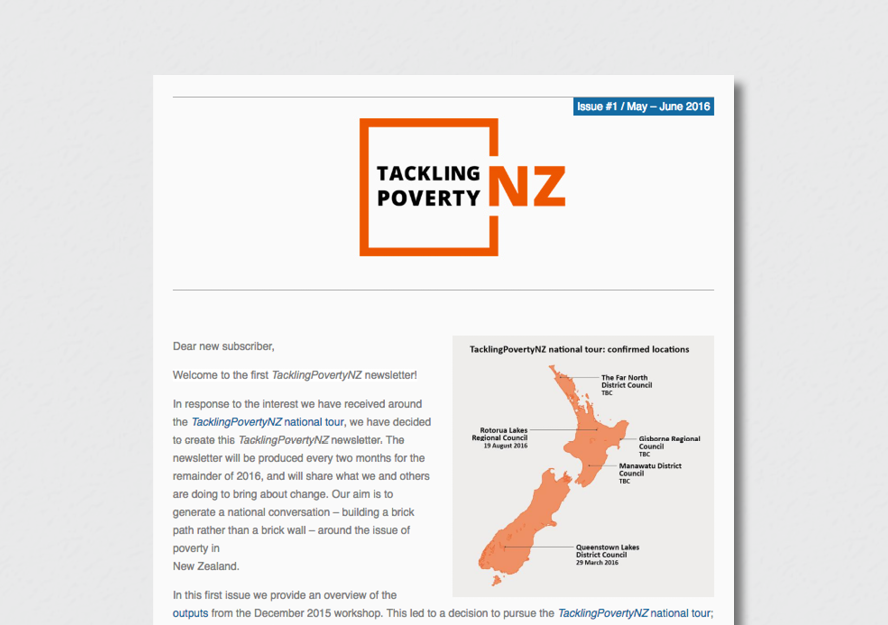 The story we tell about poverty isn’t true
TEDtalks – Mia Birdsong, May 2015

The New Haves and Have NotsTVNZ – Nigel Latta, July 2014

Household Incomes in New Zealand: Trends in indicators in inequality and hardship 1982 to 2014

It’s not a lack of self-control that keeps people poor
The Conversation – Elliot Berkman, September 2015

An overview of New Zealand’s Housing

Mixed Fortunes – The Geography of Advantage and Disadvantage in New Zealand
The Salvation Army – Alan Johnson, May 2015

Working for Families Changes: The effect on the labour supply in New Zealand
The New Zealand Treasury – Penny Mok and Joseph Mercante, November 2014