A study recently published in the Proceedings of the National Academy of Sciences has documented the rapid resistance in western corn rootworm to an anti pest toxin produced by genetically modified corn in the US.  BT corn, first planted in 1996, was genetically modified to produce a toxin poisonous to the worms, who were devastating US crops.

This is a potential disaster which highlights the need for a precautionary approach in the planting and management of GM crops. This development may mitigate many economic and environmental benefits of the corn, which now makes up more than three quarters of all corn crops in the US.

Mismanagement of the crops rather than the crops themselves apparently are to blame. Scientists recommended regulations requiring certain amounts of non BT corn crops be imposed to prevent rootworm from developing a resistance to the crops. The Federal Insecticide, Fungicide, and Rodenticide Act (FIFRA) Scientific Advisory Panel (SAP) appointed in 2002 by the EPA recommended farms should consist of at least half non BT corn; however this was opposed by seed companies. Voluntary guidelines suggesting 5 – 10% of land should be reserved for non BT corn were eventually imposed by the EPA, however many farmers reportedly ignored the recommendations.

For now it looks as though farmers will continue using the corn as it is still effective against other pests, however this could be a game changing development for GM crops in the US and one we will be following closely. Big Thank-you to Roger for alerting us to this article in Wired. For more information on GM in New Zealand please download our report; An Overview of Genetic Modification in New Zealand 1973-2013, the first forty years. 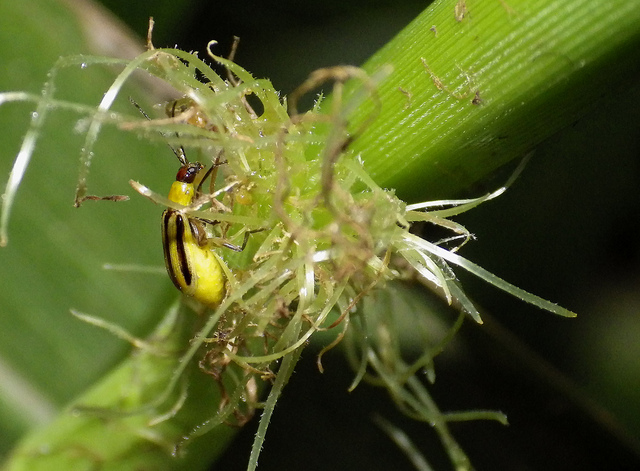