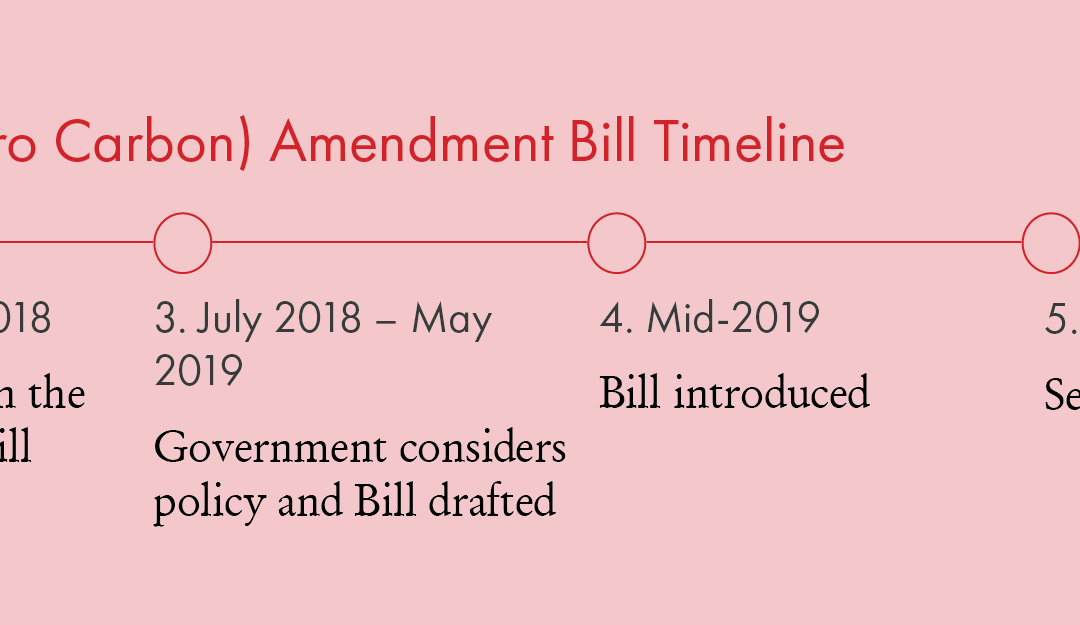 Between June and July 2018, the Bill was open for consultation for the public, resulting in over 15,000 submissions. Over the last few months it has been introduced into the House of Representatives and is currently under consideration by the Select Committee.

The Institute’s submission was supported by additional material now published here as McGuinness Institute Oral Submission: Climate Change Response (Zero Carbon) Amendment Bill; as well as Think Piece 32 – Exploring Ways to Embed Climate Reporting in the Existing Framework, which was prepared specifically for the hearing and is now published here. As an extension to the submission, the think piece outlined any further points of interest, areas for improvement and thoughts on amendments to the Bill. The think piece is centred around a diagram that maps out the existing reporting framework in terms of relevant international organisations and pronouncements and legislation, and the New Zealand framework and legislation. Policy levers that could be used to embed climate reporting requirements into the existing framework are indicated with a numbered key that corresponds to the relevant parts of the framework.

Wendy McGuinness presented the Institute’s submission, which was broken down into three sections.

3. Areas of concern and suggested solutions

3.1 Private sector and industry organisations should be included under new ss 5ZV(4)(j)–(m).

3.2 More clarity is required over the existing list of reporting organisations under s 5ZV(4).

3.3 Sections under ‘Power to request provision of information’ should include emissions and be treated as a separate, new Part 1D.

3.4 Include carbon accounting and assurance information (under s 5ZV (1) (a)).

3.5 Consider providing more clarity over the role the Commission has in being a repository of climate change over time (under 5B).

3.6 Consider accounting for alignment with existing reporting frameworks as part of s 5ZW(2). 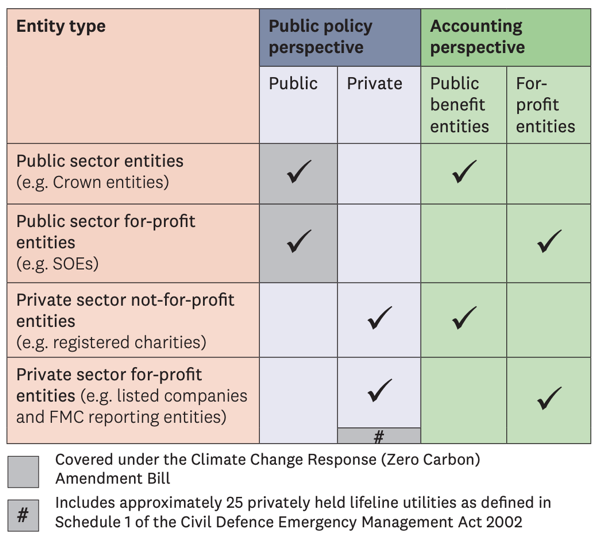 This year, the Institute’s work has been shaped by the alarming state of climate reporting within New Zealand. A number of publications have been pivotal for drawing our conclusions:

In terms of climate-related disclosures in New Zealand, there is a significant gap between what users want and what preparers provide. This gap is due to a lack of a structural response to a complex and critical issue facing existing and future generations. The International Accounting Standards Board (IASB), an independent international standard-setter, was designed to respond to financial reporting issues that are generally backward-looking, and when forward-looking, only report risks with a high level of certainty. This means it is not well suited to address the risks of climate change with consistent and mandatory reporting standards, which has resulted in a multiplicity of voluntary reporting frameworks emerging internationally. Many of the voluntary frameworks attempt to address the same issues, saturating the market and producing siloed and diluted results.