I attended the Behavioural Economics and the Modern Economy course at the London School of Economics (LSE) from 11 to 15 June 2018. The teaching faculty included Matthew Levy (Assistant Professor), Nava Ashraf (Professor), Erik Eyster (Professor) and Dr Kristof Madarasz (Associate Professor). Behavioural economics is not a new area of research, but it is under-researched and therefore poorly understood. One of the speakers reinforced this by saying that his answer to many questions would be ‘it just depends’. There were 28 participants from around the world. Below are my personal notes and observations rewritten with a public policy focus. I have also added a small section on behavioural finance, though it was not my area of primary interest. Speech marks indicate phrases copied directly from the presentation slides. It was a terrific experience and I learnt a lot; I am looking forward to learning more as I incorporate this new knowledge into the work programme.

A new theory of choice 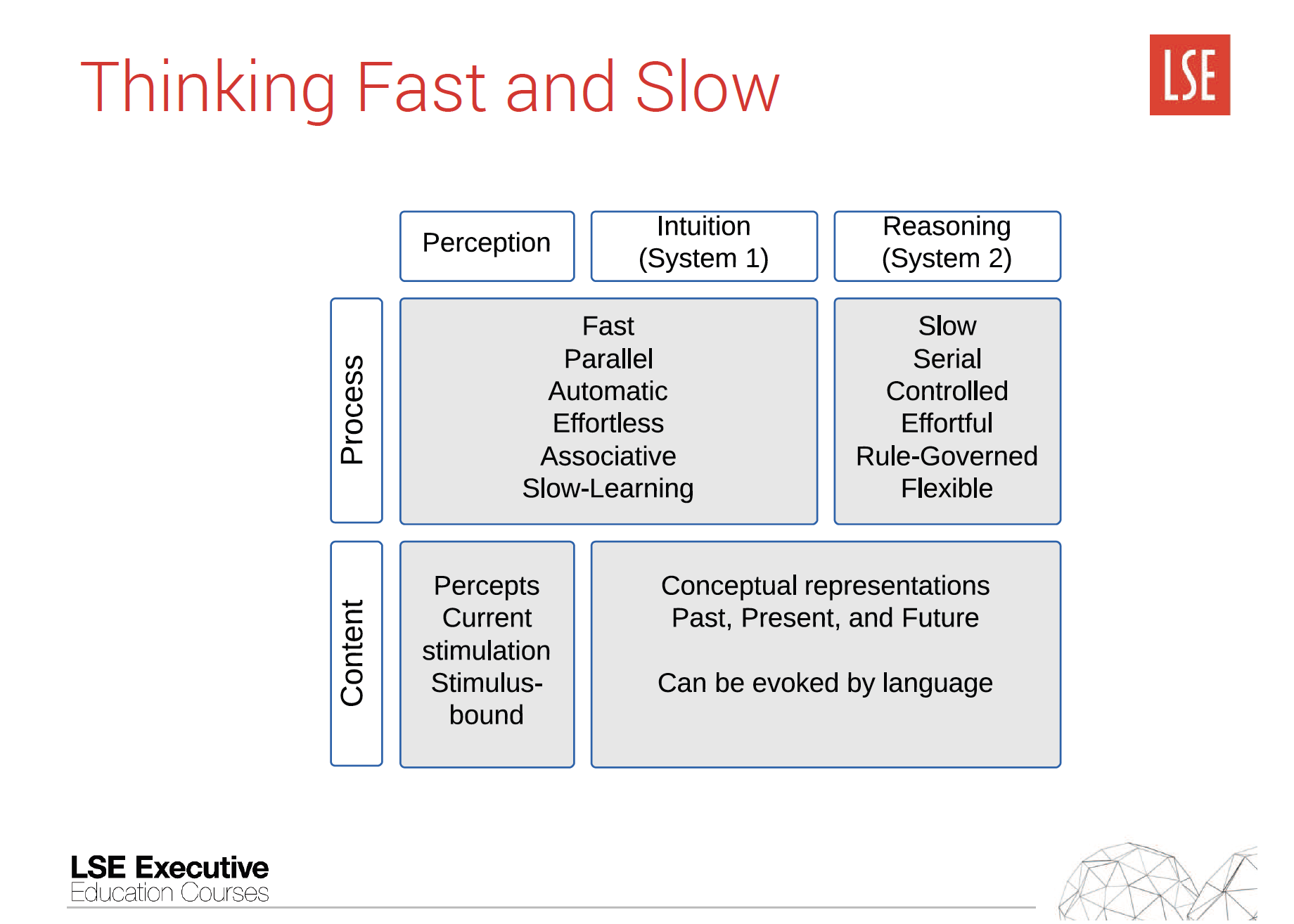 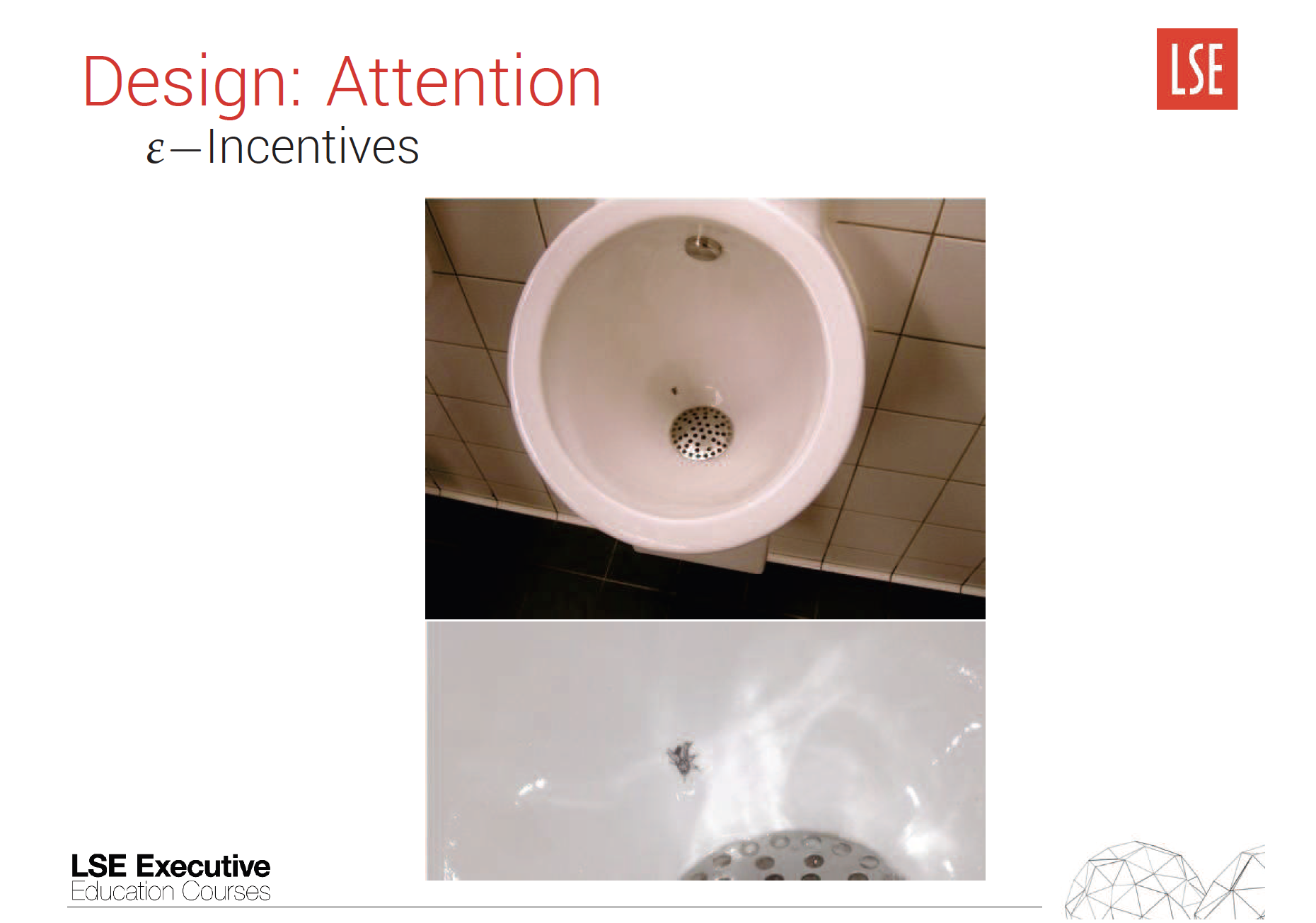 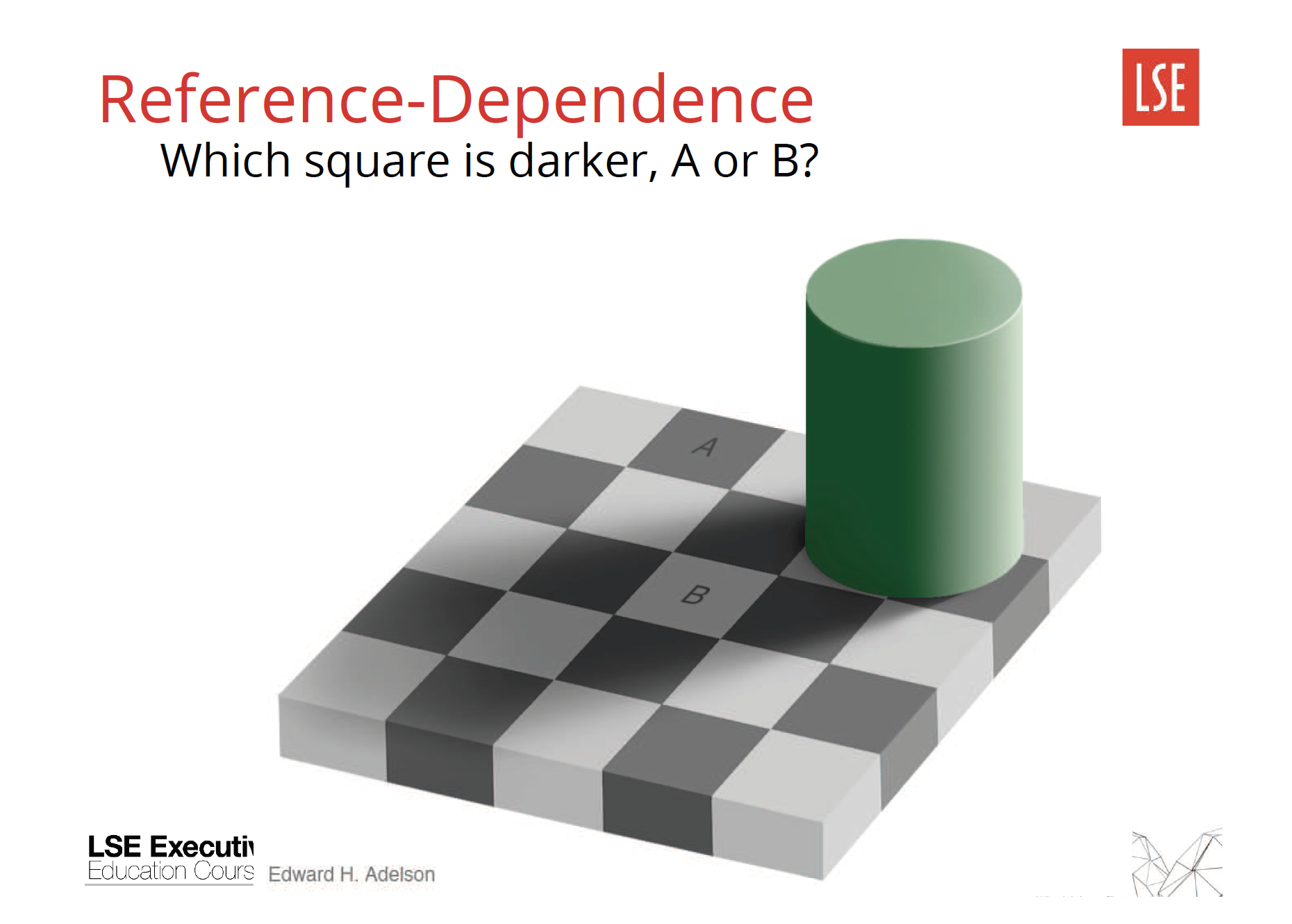 More about the decision-making process 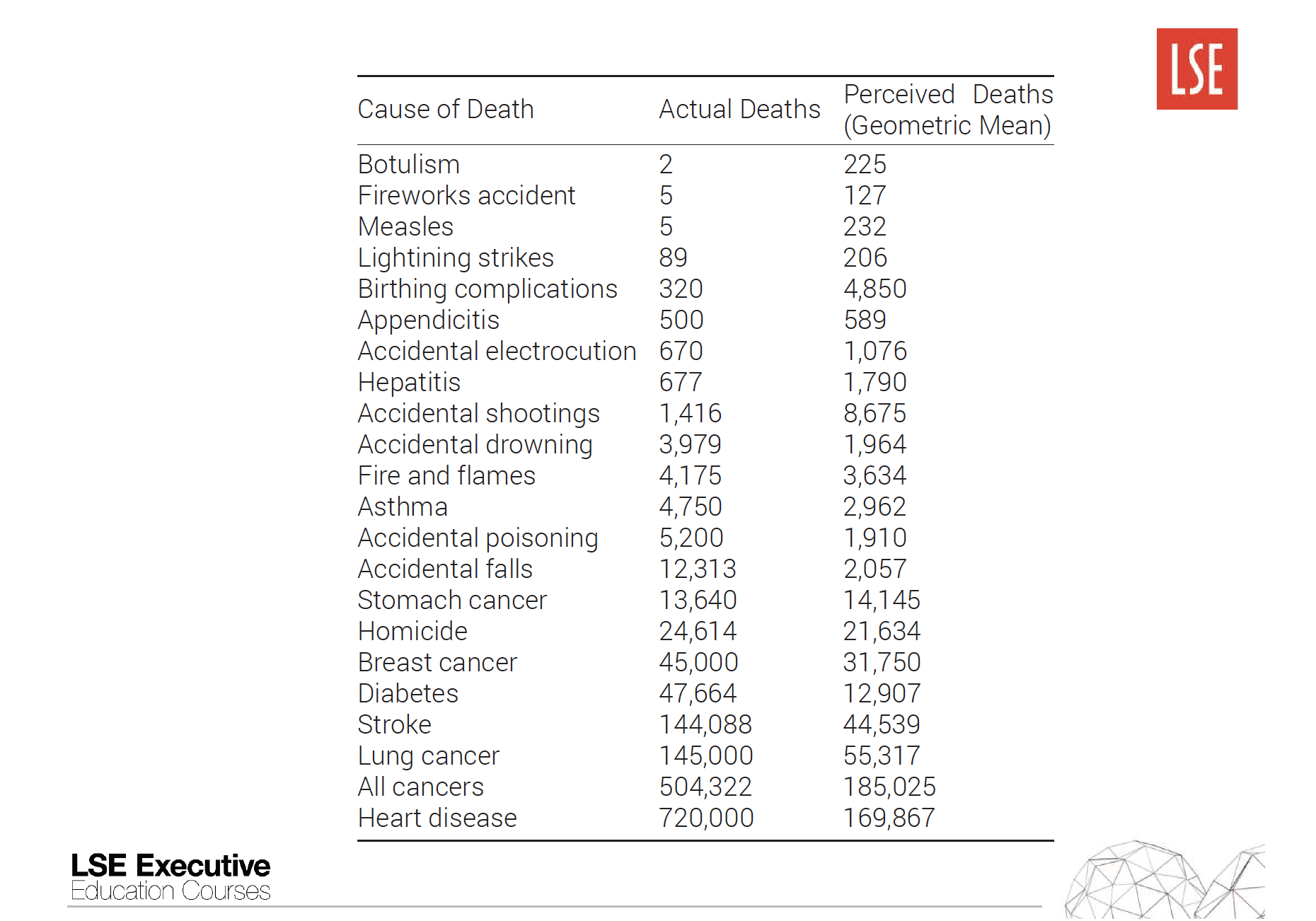 ‘Representative heuristic’ can be explored in terms of the Gamblers Fallacy “the false belief that in a sequence of independent draws, an outcome that hasn’t occurred for a while is more likely to come upon the next draw” and the Hot Hand Fallacy “the false or exaggerated belief that a person’s performance varies systematically over the short run’ (it originated from basketball, hence the name).

The most effective of all the statements was the reciprocity phrase followed by the social pressure phrase, but the change was not as materially different as you would think. 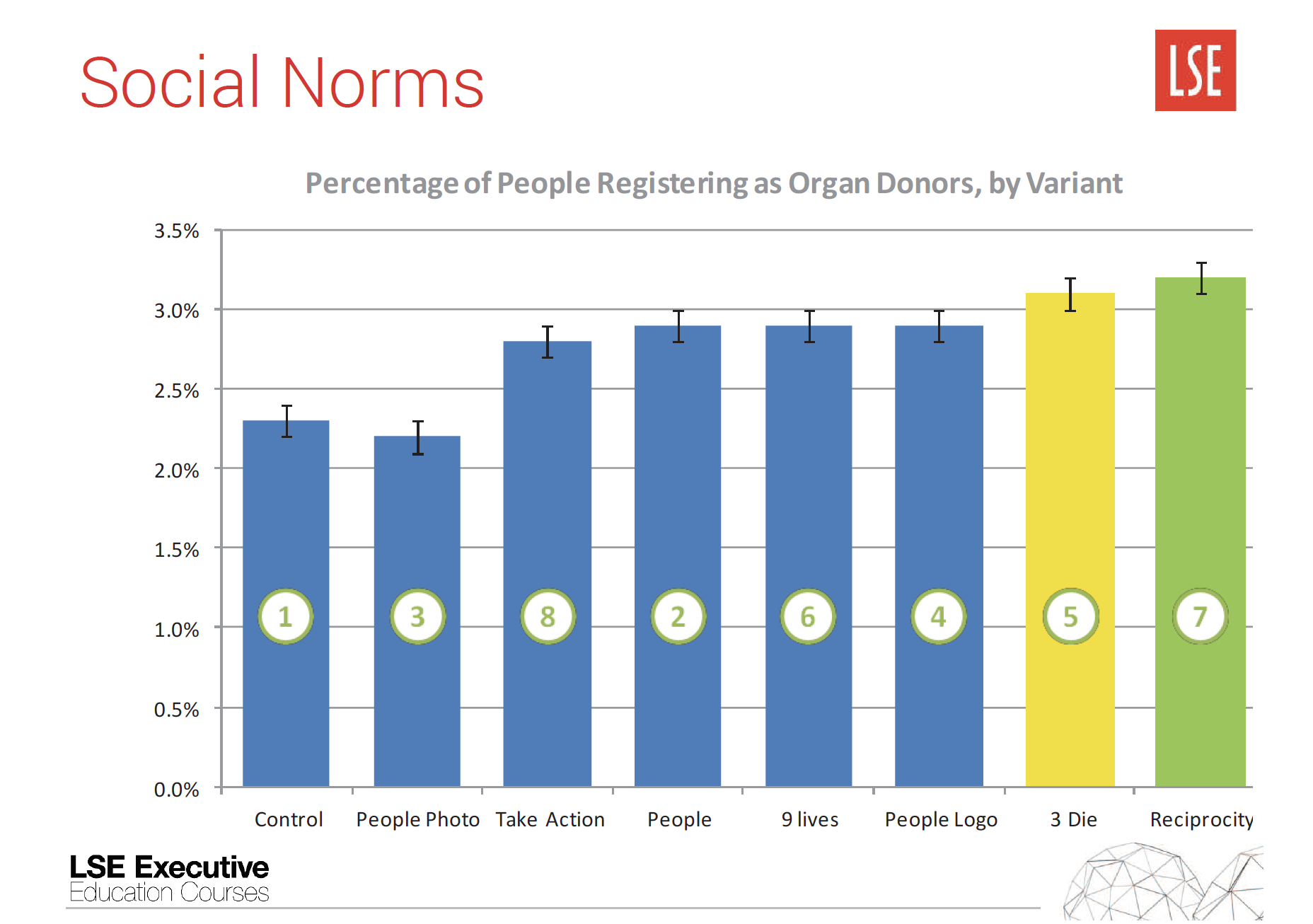 Encouraging the adoption of behaviours that align with intentions