On Thursday, 19 May 2016 the Institute held a lunchtime round table discussion about the Institute’s Project TalentNZ – refreshing TalentNZ. The purpose of the meeting was to stress-test the TalentNZ approach and refine the TalentNZ ecosystem model since it was created in 2014.

The refresh of TalentNZ was not about repeating what has already been done; rather, it is forward looking and asks what is the right direction to take with the TalentNZ project. It is taking the work completed from 2011 to 2014 and bringing it into 2016.

The round table saw a compelling discussion and it generated a wide range of ideas and observations about how the talent space has changed since we first began the project in 2011. The group identified ways to strengthen the TalentNZ ecosystem and Menu of Initiatives and also discussed external influencers on the model. There were also key themes that developed out of the discussion; one that has really resonated with us is the idea that there are three types of talent; individual talents, team (or group) talents and community talents. When we think about talents we often focus on the individual talents that a person can offer and forget about team and community talents. But the later two are equally as important, they are a part of the ecosystem, and without them individual talents would be unable to flourish. 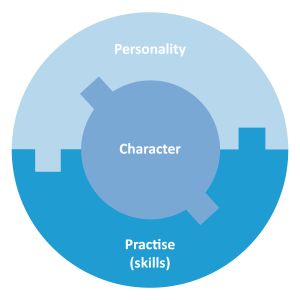 Our definition of talent was also stress-tested, and received very positive responses from the group. Talent is a combination of character, personality and practice (skills). Using this framework is a valuable tool during the Institute’s recruitment process and making decisions about who workshop participants and it has been successful every time.

The Institute has updated the Menu of Initiatives website to reflect the round-table discussions. The next step for the Institute will be redesigning and refreshing the Menu of Initiatives Infographic Poster to ensure it reflects the talent landscape of 2016. We will also publish a think piece that explores the themes from the round-table and describes the process of refreshing the TalentNZ project later this year.

TalentNZ is designed to facilitate a structured discussion on how to make New Zealand’s talent-based economy flourish. It builds on Sir Paul Callaghan’s vision of making New Zealand ‘a place where talent wants to live’. Sir Paul outlined the reasons why his vision is important in a 20-minute video at the Institute’s StrategyNZ workshop (held at Te Papa in 2011). The focus of this project is on the ‘how’ – we test Sir Paul’s assumptions and explore ways New Zealanders might turn this vision into reality. TalentNZ is one sub-project of Project 2058, the Institute’s flagship project which looks at issues that are important for New Zealand’s long-term future.