On 9 and 10 August 2017 Nicholas Shackleton (intern at the Institute) attended the Environmental Defence Society’s annual conference, titled ‘Tipping Points’ for 2017. Topics including terrestrial habitats, farming, marine habitats, fishing and policy were all covered in detail, focusing particularly on how each of these sectors are approaching tipping points of positive environmental change. Perhaps the most notable industry to offer change was the livestock industry. ‘Session 3: The Future of Farming’ brought three delegates from vastly different areas of the industry together to speak about how each of their companies is approaching the problem of emissions.

Panellist one, Dr Rosie Bosworth, Senior Strategic Planner for Rethink X, took a food-focused approach, discussing the recent technological advancements made in cellular agriculture. In 2013 we saw the first lab-grown burger patty, costing US$330,000. In 2016 Memphis Meats introduced the US$1,000 lab grown meatball. Cultured meat development is accelerating fast and it is predicted to be cheaper than conventional meat by 2021, at just US$2/kg. Cultured meats not only bring livestock numbers down, but are safer and more efficient than traditional meat. No antibiotics or hormones are introduced, the calorie conversion rate is eight times better, and greenhouse gas emissions for cultured meat production are ten times lower than for conventional meat production. Dr Bosworth went on to explain that it is not just meat being developed, with lab grown silk, leather, coffee, eggs and milk all also currently in development. Her predictions of rapid growth in the cultured meat market are strangely similar to predictions made by the Earl of Birkenhead in his 1930 book The World in 2030. He claims that agriculture would be superseded by chemically made food, with beef steaks being made by the ton in laboratories (see image right). Watch Dr Bosworth’s full presentation below. 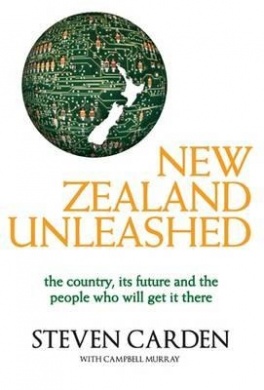 Panellist two, Steven Carden, CEO of Landcorp and author of New Zealand Unleashed, agreed with Dr Bosworth that reduction in livestock numbers needs to occur, but explored other ways of making this happen. Rather than eliminating livestock, Carden presented his five steps to change:

After presenting these steps, Carden spoke briefly about the measures Landcorp has gone to in an attempt to diversify their produce and reduce environmental impacts. Land that was previously deforested and pastoralised for agricultural intensification has been replanted with trees and cleared of livestock. Landcorp also produces sheep milk ice cream and deer milk skin care products in an attempt to appeal to niche markets. Watch Carden’s full presentation below.

Panellist three, Carolyn Mortland, Director of Social Responsibility at Fonterra, approached the topic of ‘The Future of Farming’ with a mitigation-based approach. Presenting without slides, Mortland invited us to imagine a scenario she had prepared. It was a story of what a regular day on a dairy farm might look like in 2037. She discussed futuristic, efficiency-driven technology, explaining how productivity would increase to meet the needs of the ever growing national population. There was no mention of a shift in industry focus or a reduction of cattle numbers for dairy farming. Mortland acknowledged the need for a change in current farming practices, but believed the rapid technological advancements Fonterra is making will mitigate the environmental issues. Watch Mortland’s full presentation below.

The conference acted as a stage for bringing together significant industry contributors to New Zealand’s environmental problems. A variety of issues were brought to light in a short timeframe, allowing attendees to broaden their perspectives and work towards a mutual goal of a more sustainable New Zealand. See videos of speakers from other panel sessions on the EDS website. The agricultural focus was particularly important for our Project LivestockNZ. Preliminary research for the project is currently underway, with the aim of publishing a scoping document in the coming weeks. We will be looking at how New Zealand might go about reducing cattle numbers for a positive environmental impact. See the LivestockNZ website to learn more.