Earlier this week Nicholas Shackleton and Isabella Smith (research analysts at the Institute) attended day two of the Edmund Hillary Fellowship’s New Frontiers event. Co-founded by Yoseph Ayele back in 2015, New Frontiers is a global summit that takes place in New Zealand twice a year. It acts as a catalyst for leaders from all backgrounds to collaborate, putting minds together to create positive change for the world. This is the fourth year the event has been held. Speakers, fellows and co-creators were invited from across the world, meeting at Trentham Racecourse from 8–10 April. A focus on sustainability and future thinking was discussed throughout the event, particularly regarding environmental issues and sustainable business/start-up practices. The morning was filled with presentations by speakers, followed by a segment of five minute talks from other speakers. The afternoon involved three more intimate sessions, each of which had ten different topics to choose from. 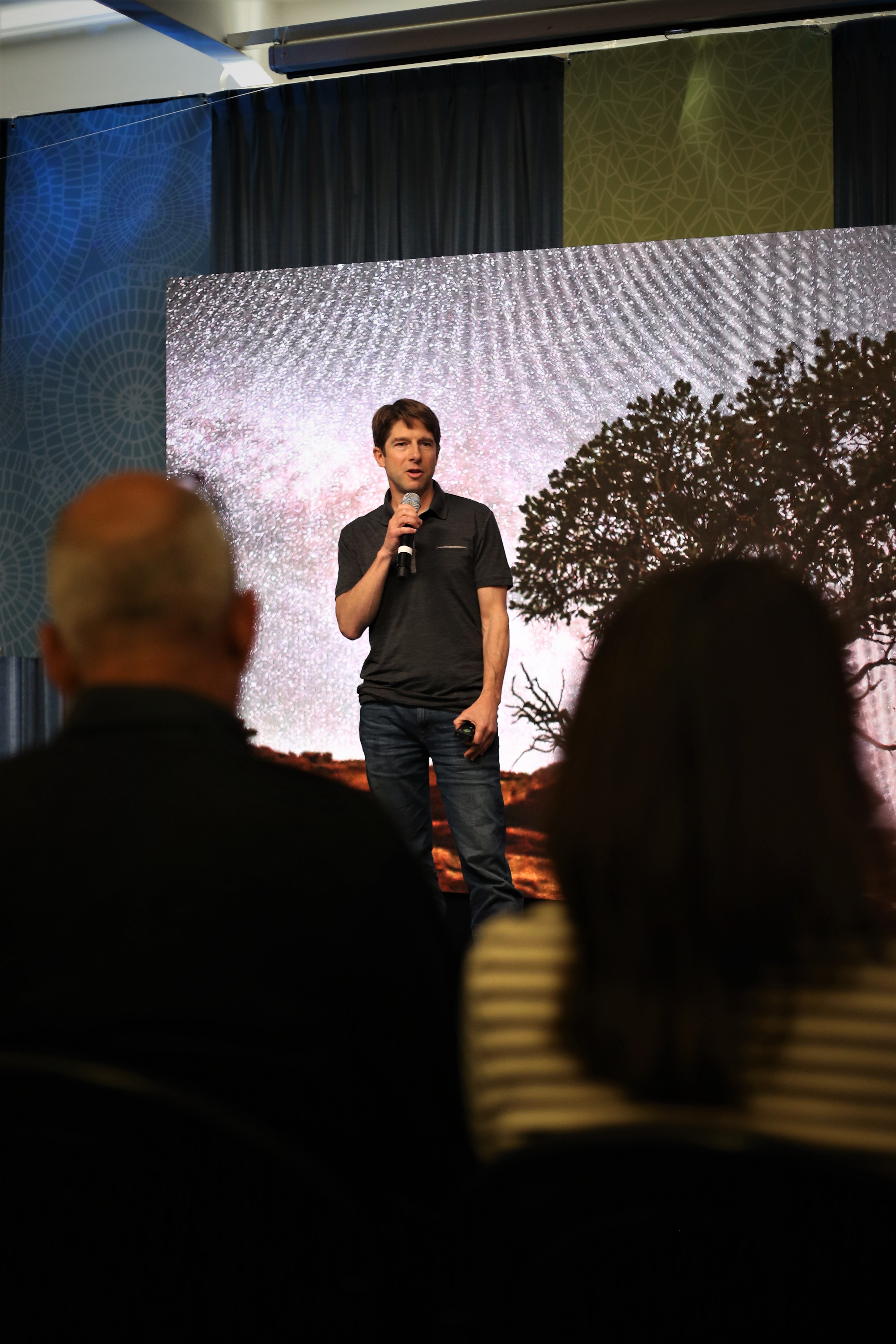 Melissa Clark-Reynolds from New Zealand Beef + Lamb spoke about the transformation of New Zealand’s farming industry. She is the first non-farmer member of the board, and provides a new perspective for where we should be heading. Ideas on regenerative farming were explored, getting us to think about how we can both combat GHG emissions and river/land pollution, but also heal the land, undoing the damage that has been done. She discussed how recent over-pasturalisation has led to environmental degradation, saying that ‘the problems of today are set up by the technological successes of the past’. Melissa accepted that technological progress was part of the human condition, and that we need to learn how to use foresight to help control the negative effects of rapidly progressing technology.

Placing a five minute time limit on speakers for the second half of the morning led to some really concise and interesting presentations. WikiHow founder and owner Jack Herrick talked about how he went against traditional company values and goals when starting his company. Rather than pursuing huge funding and pushing progression beyond a natural level, he was able to overtake the competition and create the third most popular educational website online by taking a more relaxed approach that focussed on long-term goals. Herrick was also a leader in carbon neutral companies, making wikiHow one of the first carbon neutral websites. 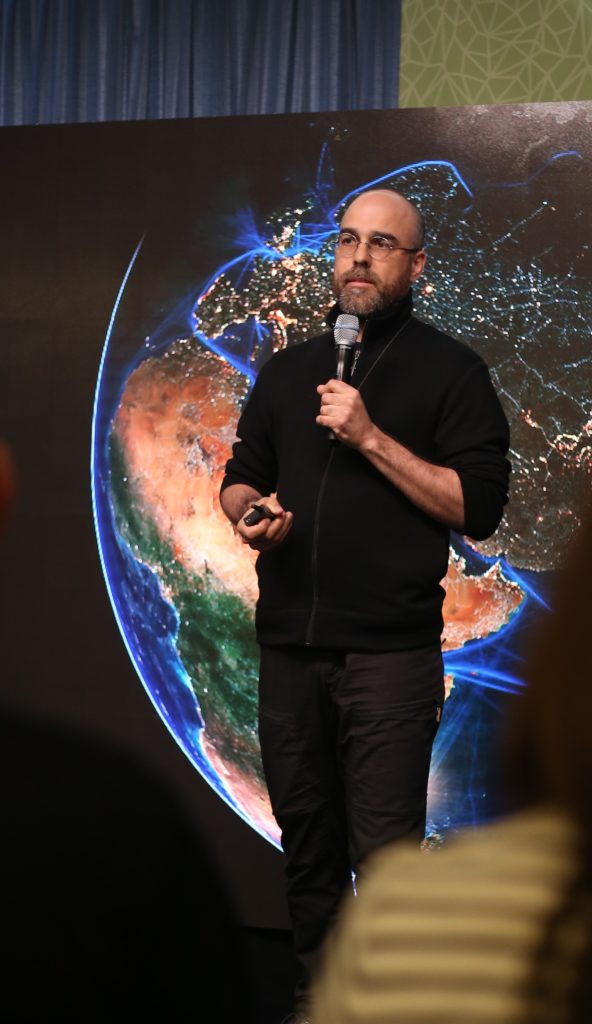 Felix Pharand-Deschenes speaking about his work in visualising climate change through the use of digital image making.

UNICEF’s Innovation Unit co-founder Christopher Fabian spoke about what they were doing to help countries in need. Starting by identifying global problems such as the rural to urban shift and the massive number of displaced migrants on the move, he discussed how his team looks to invest in innovative tech companies from developing nations. These companies would often be using modern technology combined with local knowledge to combat issues. One example was a company in the Amazon that was installing satellites and TVs at schools so they could broadcast lessons across the country to combat the lack of qualified teachers in rural areas. Students had adapted to this method of learning and it proved successful.

The event was extremely well catered, with three delicious vegan meals and an abundance of snacks, tea and coffee. The venue offered a wellness room, art exhibitions, a massage space and morning yoga classes. It was a privilege to attend the event and our experience will help us with our various projects, particularly Project LivestockNZ.