Fruit from the Vine Launch

WakaNZ: Navigating with foresight 2017 workshop participant Trinity Thompson-Browne has launched media company Fruit from the Vine, which aims to provide positive representations of young Māori. The launch event, hosted by Wellington City Council at the Wharewaka Function Centre on 31 January, was a celebration of Trinity’s tireless work to change the conversation. 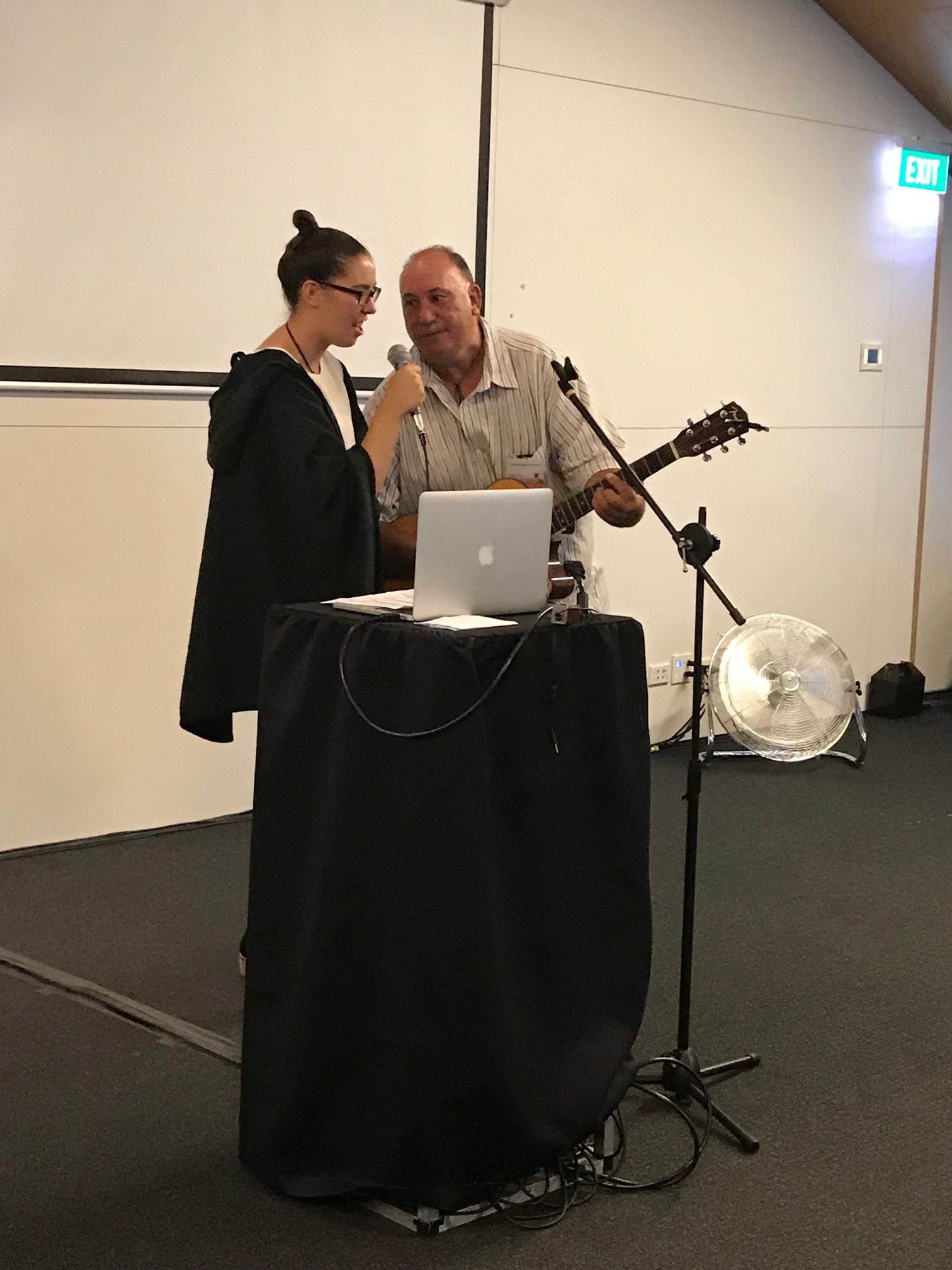 Trinity with her father, Rob Thompson-Browne.

Trinity was supported at the event by other WakaNZ participants.

Mayor Justin Lester opened the evening by conveying his appreciation of Trinity and all she has achieved in the last year as part of the Tuia programme. A Local Government New Zealand initiative, the Tuia programme develops the leadership capacity of young Māori by pairing them with mayors or deputy mayors who mentor them on a one-on-one basis. The representative also attends five wānanga around New Zealand and undertakes a 100-hour community services project. Trinity’s new media company was born out of her community project.

The city council is taking applications for two Tuia representatives in 2018. The closing date is Friday 2 February.

The Mayor said: “I’m amazed by the way Trinity has grown from being a smart young woman to being a confident one who knows what she wants to do in life and what her focus is going to be. Trinity knows this is her opportunity to use her skills to tell these stories about young Māori. Not just the proud and compelling stories, but also the vulnerable stories and the stories tackling difficult issues such as youth suicide.”

Trinity says Fruit from the Vine’s content, or kōrero, is an honest and vulnerable look at the young Māori experience. She recognises the huge role media plays in either marginalising or empowering people and she wants to help prevent suicide among Māori by having positive representations of what it means to be Māori.

“It is a media company that supports and empowers young Māori to be able to move forward in their lives in a space of connection with other Māori. The beautiful thing about Māori culture is that it is relationship oriented, so what better way to empower our young people than connecting them with each other through technology.”

“Often we think of change as something very existential and large, but change happens every second of every day and each of us are participants and contributors to that change.”

Fruit from the Vine has three strands to it. The blog stream, ‘Indigenous Eyes’, is a place to discuss issues which are not often talked about, including caring for the environment and the experience of reconnecting with Māori culture.

In the two photo essay sections, ‘Mana Wāhine’ and ‘Mana Tāne’, Trinity celebrates the positives and acknowledge the not-so-great things about growing up Māori.

The banners of the three tabs were designed by Whakatane-based artist Te Haunui Tuna, who Trinity was connected with by the Tuia programme.

Deputy mayor Jill Day, the first Māori woman selected for the role in Wellington’s history, also congratulated Trinity at the event and acknowledged her huge achievement in getting Fruit from the Vine off the ground. 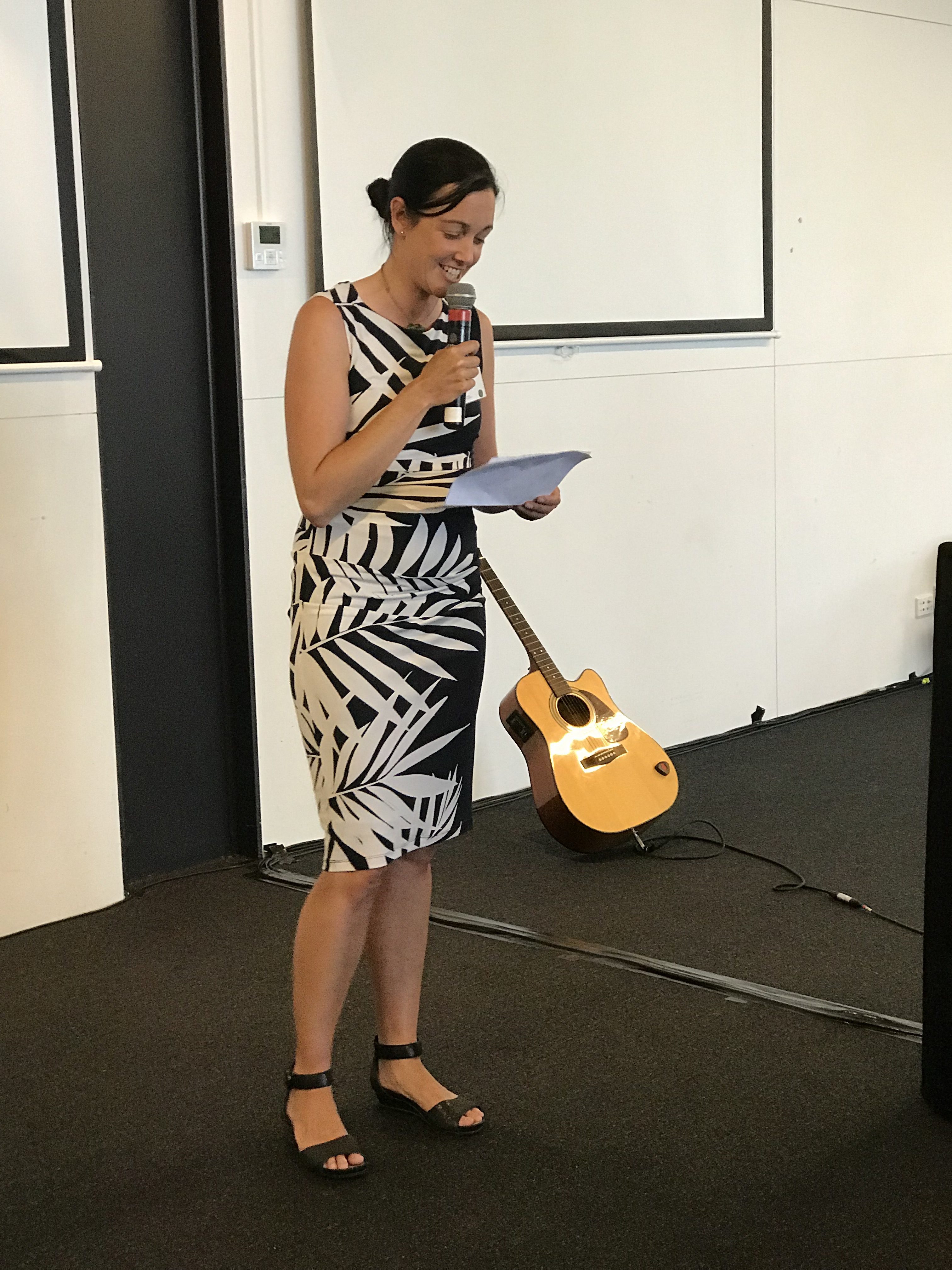 “In the time I’ve known Trinity, I’ve observed the real strength she has in bringing people together and the eloquent way she captures the stories of the people she connects with,” she said.

Trinity was a participant of the WakaNZ: Navigating with foresight workshop in November last year. The four-day workshop with a collaboration between the Institute and the New Zealand Treasury aiming to explore what a preferred future might look like in a post-Treaty settlement.