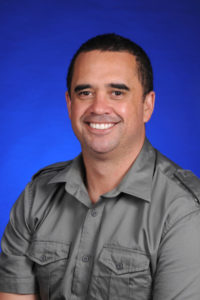 about Matariki and Māori astronomy by Dr Rangi Matamua (Tūhoe). Dr Matamua is an associate professor at the University of Waikato and author of Matariki: The Star of the Year. His research fields are Māori astronomy and star lore, Māori culture, and Māori language development, research and revitalisation.

The Institute was particularly interested in this presentation because we are exploring themes of navigation and astronomy for an upcoming workshop we are hosting in collaboration with New Zealand Treasury. The workshop aims to explore preferred futures for a post-Treaty settlement New Zealand and will be held from Monday, 20 November 2017 to Wednesday, 22 November 2017. The symbolism of Matariki has been informing our preliminary thinking and design work for the workshop. Keep an eye on our website for updates.

Dr Matamua opened his presentation by acknowledging differing traditions throughout Aotearoa in relation to Matariki as well as establishing the position from which he was giving his presentation. He spoke about his ancestors who had reputations as witch doctors and astronomers and were interviewed by ethnographer Elsdon Best for his book The Astronomical Knowledge of the Māori (1922). To date, this book is still the most comprehensive record of Māori star lore, but Matamua’s ancestors are not acknowledged for their contribution of 90% of that knowledge due to their status as witch doctors. This led to Dr Matamua’s ancestors spending 30 years authoring their own book of 400 pages and 1000 Māori star names. Dr Matamua’s grandfather held on to the manuscript for 40 years without opening it and, before he died, he entrusted Dr Matamua with sharing the knowledge but protecting the book, saying

The nine stars of Matariki
It is another common misconception that Matariki is seven sisters. There are nine stars in the Greek tradition of the constellation: seven children and their parents. In the Māori tradition, there are also nine stars: 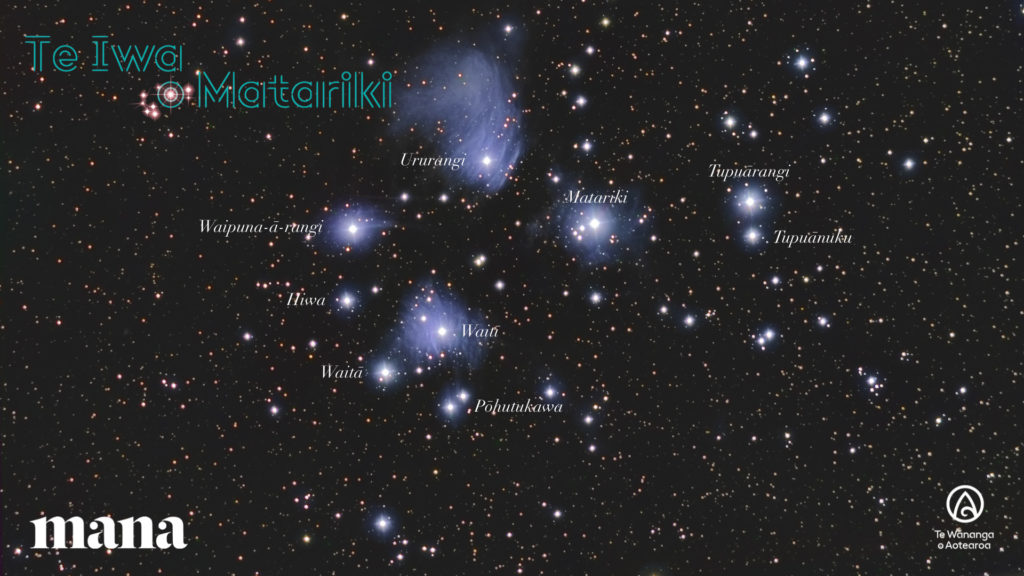 Dr Matamua explained that the stars are both female and male, in balance with each other. He talked about the connection between the meanings of the stars and their position in the sky. Tupuarangi is above Tupuanuku because the sky is above the earth, Waitī is above Waitā because fresh water flows down to salt water, Waipunarangi and Ururangi are above all the rest because the rain and wind come from above. The two sacred stars Pōhutukawa and Hiwa-i-terangi are away from the other stars because there is no tapu in the areas relating to food.

Reading Matariki
Dr Matamua went on to explain how his ancestors would look to Matariki to see what the year ahead would bring. Matariki is read in combinations, comparing parts of the whole. If one star is brighter than the others, food from that source would be plentiful or the weather would be good, but if a star is dim or missing, the outcomes represented by that star will be negative in the coming year. Dr Matamua then went into further detail about the proper time of year in which to read Matariki, pointing out that many celebrations are held when Matariki is not yet visible. This is partially because Māori tradition follows a lunar calendar, not the European calendar; Pipiri, the time of Matariki’s rising in the early morning, does not match up with June. Additionally, just because Matariki is visible does not mean it is the right time to read the stars for what the year ahead will bring. Matariki must be read when the moon is in the right phase in Pipiri: when the moon is in Tangaroa at the end of its third quarter and into the last quarter. The celebrations take place after this.