Wednesday’s workshop schedule was left open-ended to accommodate the evolving needs of the participants in preparing for their presentation to the Governor-General. Participants also had an opportunity on this morning to visit the He Tohu exhibition at National Library and see Te Tiriti o Waitangi (see feature image above). Proceedings in the morning picked up where participants had left off the previous night with their post-it notes of ideas. There were many topics to be covered in the presentation. In the end, they narrowed their choices down to four broader topic areas and this decision informed how they spent the rest of the day. The four broader topic areas were te reo and tikanga (culture), whanaketanga (development including health, environment and education), pakihi (business and economy) and tino rangatiratanga (sovereignty and self-governance). After some discussion about the best time-tabling for the day, it was eventually decided that the four sessions would run through the morning, with the option to move around a variety of topics or to stay and discuss the same topic in greater depth if they wanted to. 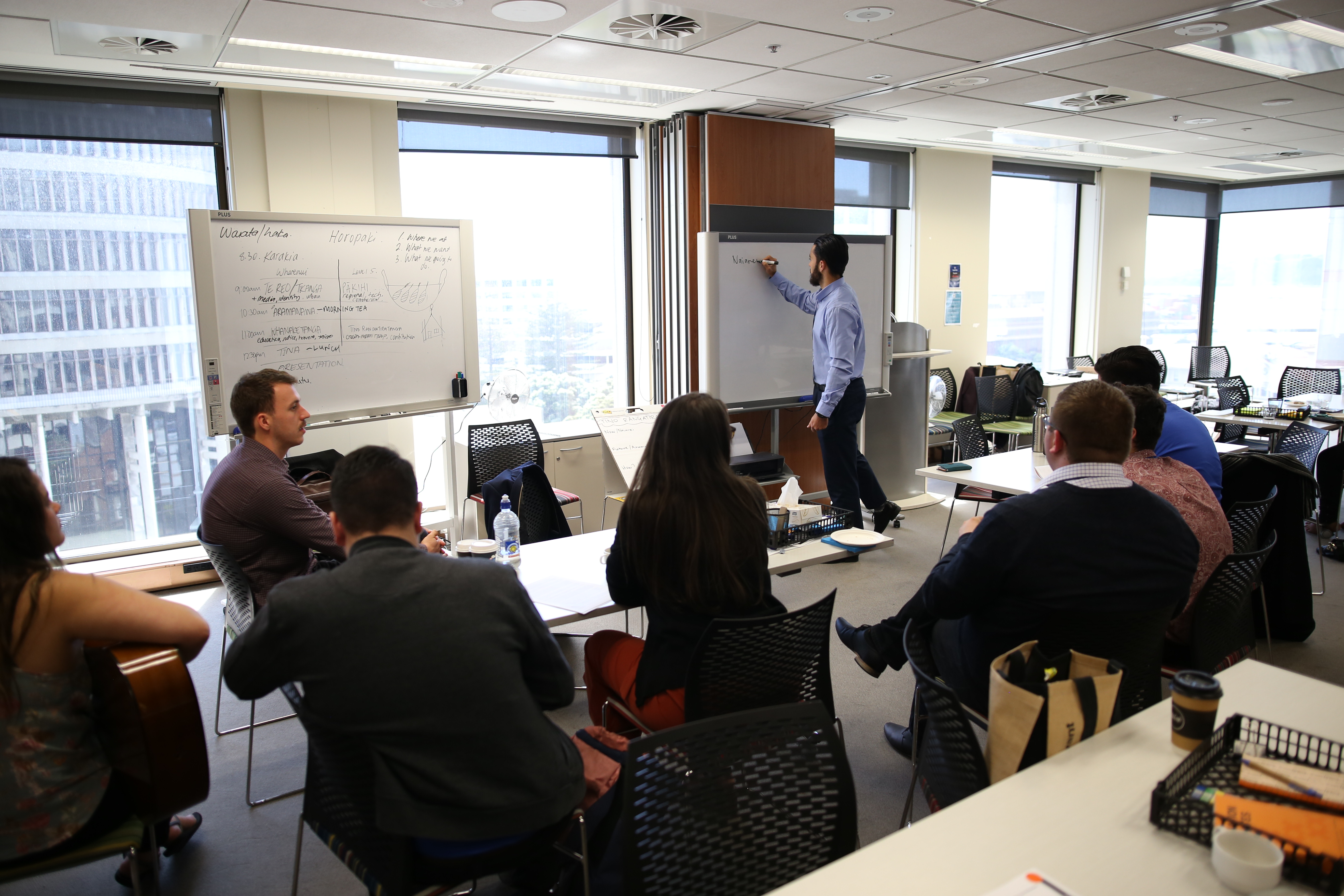 Participants brainstorming a topic for their presentation

After a full day of being scattered throughout Treasury, participants headed back to their accommodation to get ready for the evening’s event. When they were appropriately attired according to the dress code (business suit for men and evening wear for women) they headed to Government House to meet with the Governor-General prior to the formal presentation. 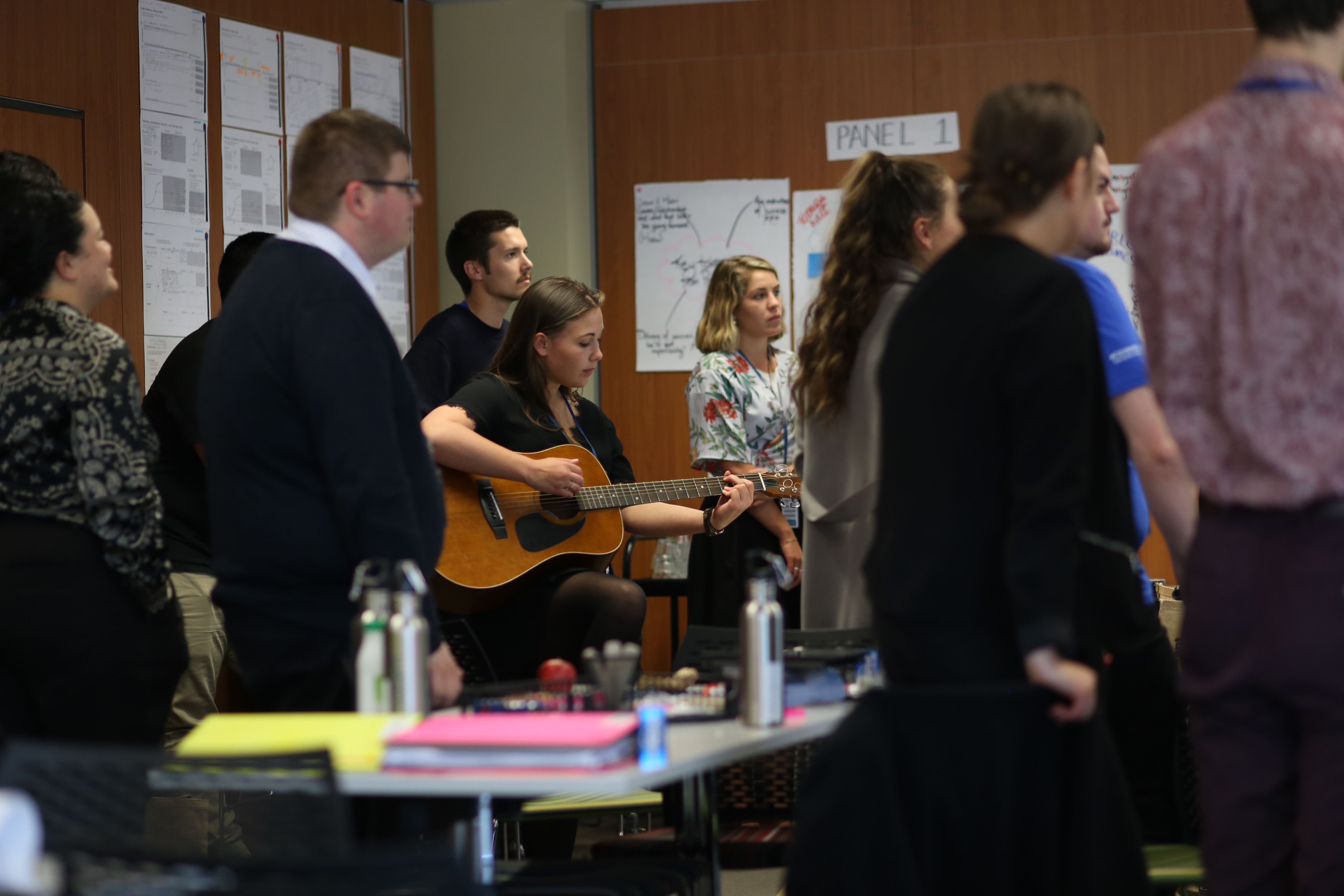 This session was intended to give participants a chance to establish a relationship with the Governor-General and discuss the alignment of her strategy with some of the things that were included in their vision for Aotearoa. Other guests got the chance to hear directly from the Governor-General during her introductory speech about some her aspirations shared with the participants. Her Excellency acknowledged the commitment and effort of the rangatahi and discussed the reasons behind her interest in hosting the event. She noted the ‘long-standing relationship between Governors-General and Māori, dating back to the signing of Te Tiriti’ and explained how this resulted in her personal goal of improving her use of te reo Māori.

Significantly, Her Excellency also acknowledged the complexity of the post-Treaty settlement era that had already been voiced by participants over the course of the workshop. There had been some discussion over the idea of whether a ‘post-Treaty settlement’ era exists at all. The term was considered by some to diminish the importance of the Treaty as the foundation of an ongoing partnership that, it is hoped, will continue to be honoured long after the settlement of all historical claims. Even if it is useful to have a term that indicates the end of a distinct period in the history of Te Tiriti, such a term would likely introduce the idea that the next stage of the relationship between Māori and the Crown will involve an entirely new set of challenges and opportunities. 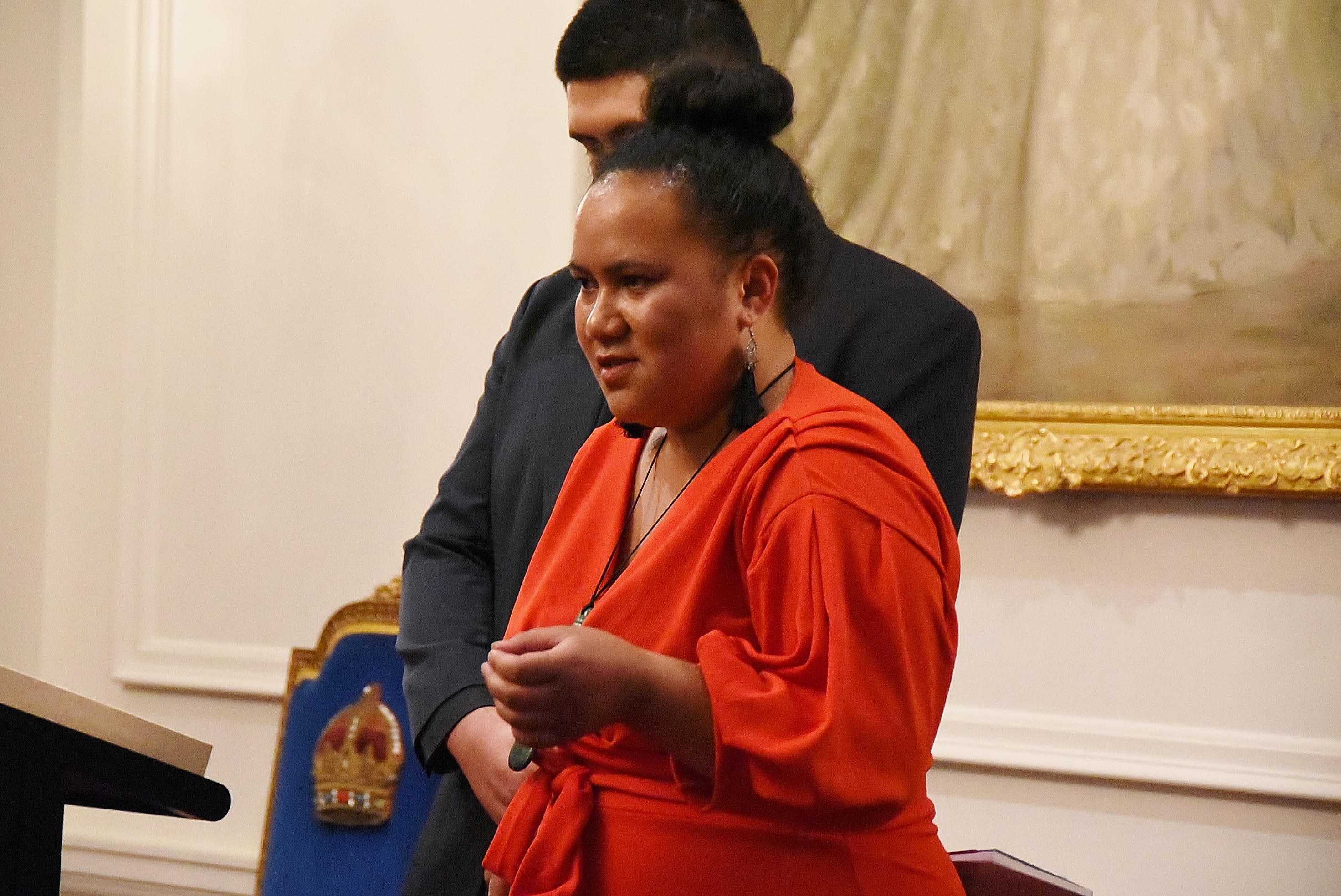 The participants’ presentation was opened with a moving spoken word piece by Trinity Thompson-Browne about the difficulties of having a bi-cultural identity. This formed part of the discussion about te reo and tikanga and cultural revitalisation. The presentation went on to cover the other three of the four topics previously decided: whanaketanga (development including health, environment and education), pakihi (business and economy) and tino rangatiratanga (sovereignty and self-governance). Participants came forward to the podium in groups, supporting whoever was speaking at the time. The presentation closed with a waiata composed by Shaquille Shortland, incorporating the content of the discussions he had observed with the Māori creation story. The presentation was followed by canapés and refreshments, providing a chance for guests to wander through the drawing room and conservatory of Government House and out to the verandah to enjoy the dusk. Photos of the event can be found on the Governor-General’s website here. 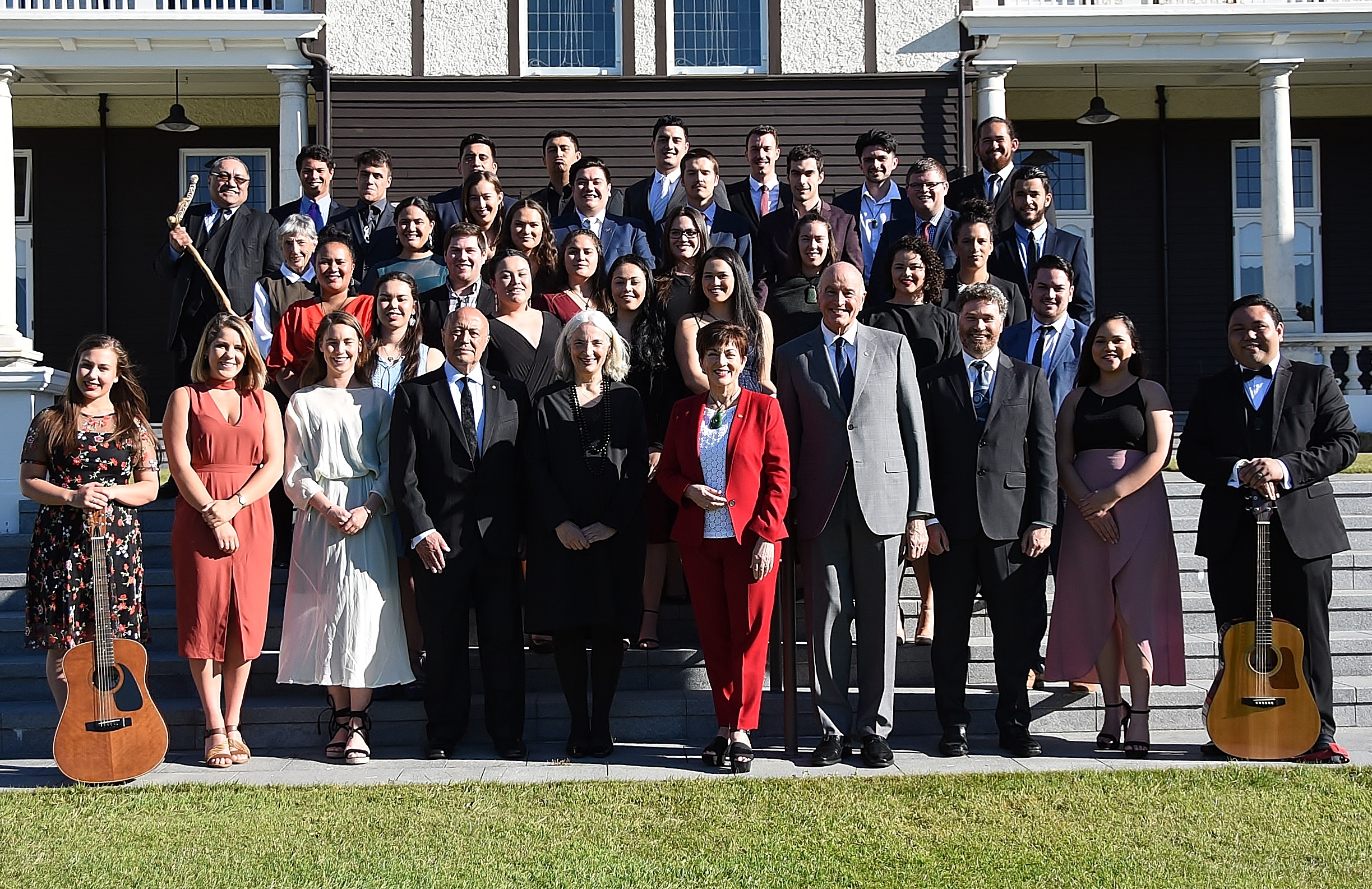