‘History doesn’t repeat itself, but it does rhyme’  is a quote often attributed to Mark Twain, and best fits our intentions for the launch of our third edition of Nation Dates. The event was held on Thursday, 2 November 2017 at Unity Books in Wellington, with Dame Claudia Orange, a patron of the Institute, officially launching the book.

The Nation Dates project began in 2011 as a timeline of historic events intended to aid in thinking about the future. In this sense, it demonstrates that you cannot separate New Zealand’s future from its past. Through linking related events, the book creates patterns, or historical ‘threads’, that trace the journey New Zealand has been on and allow us to reflect on how this might influence our future path. Through illustrating the historical DNA that makes up New Zealand, the book attempts to answer the questions ‘where is New Zealand going?’ and ‘what is it to be a New Zealander?’. 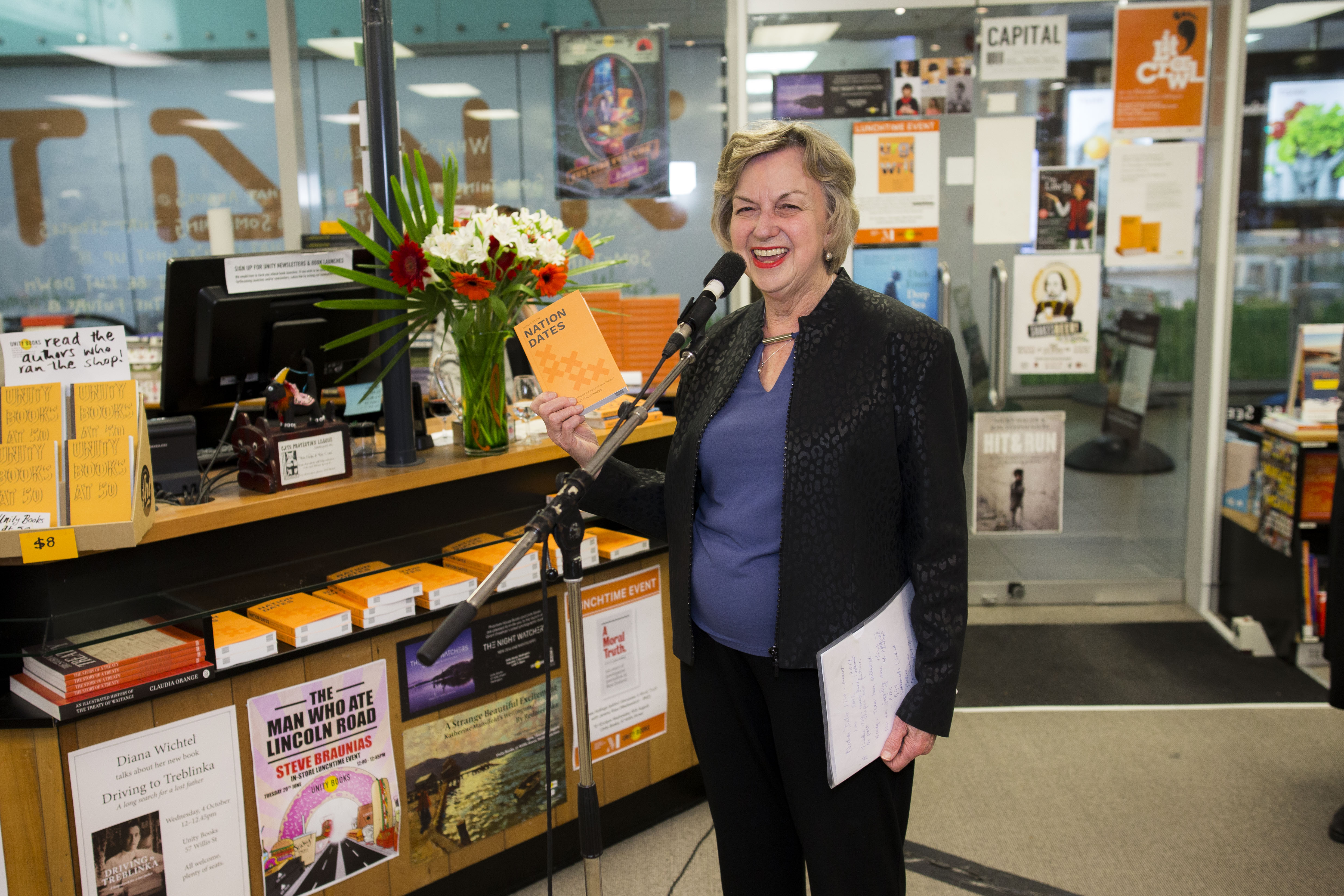 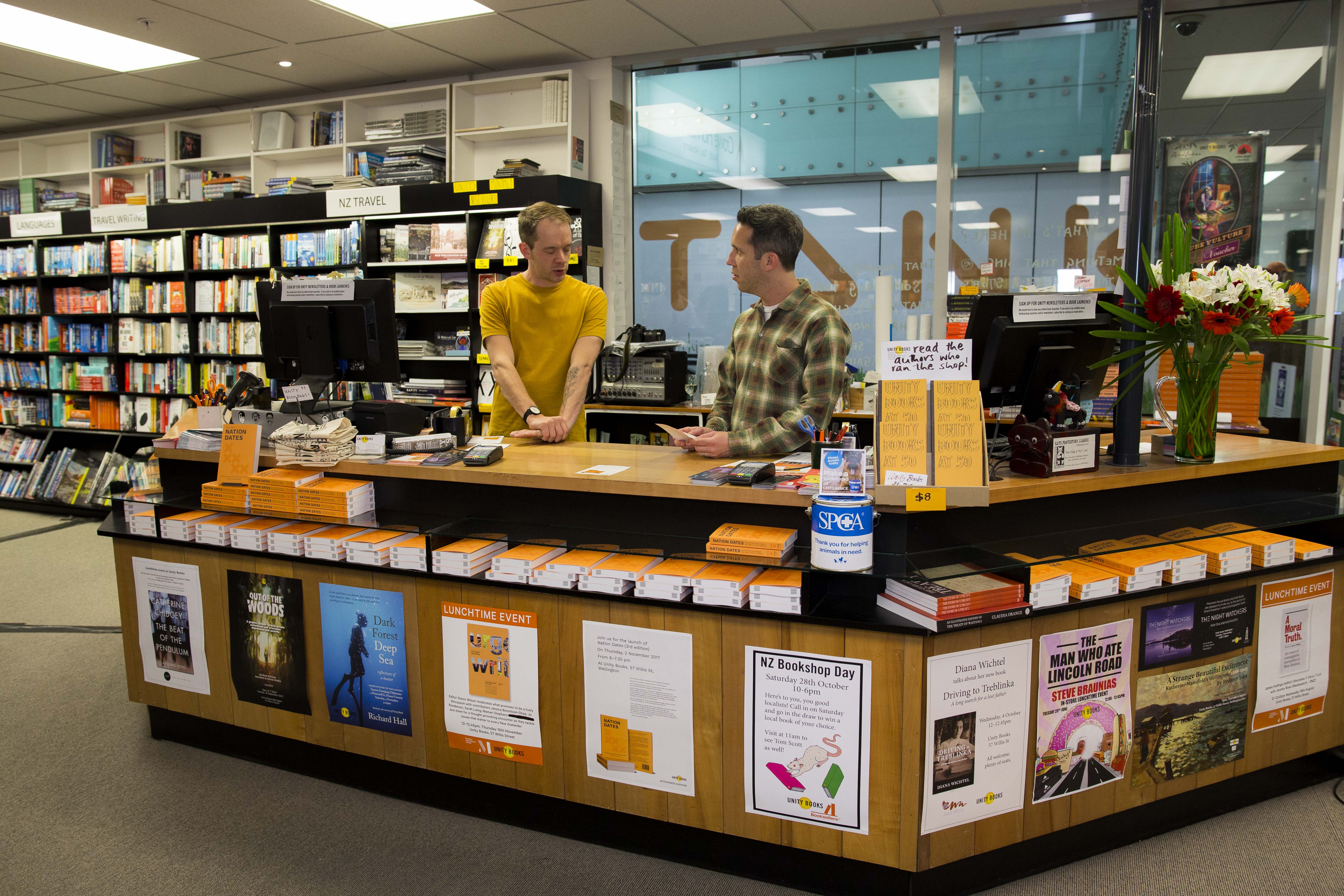 Copies of Nation Dates line the till at Unity Books at the launch on 2 November 2017.

Nation Dates is the result of many people’s help along the way, as can be seen in our extensive acknowledgements section at the start of the book. We would like to thank everyone who has helped us shape Nation Dates over the years, and those who came to Unity Books to see its official launch. Claudia Orange gave a wonderful speech, and the book was welcomed into the store with the help of the McGuinness Institute staff, friends and family. In light of the volume of paper consumed in producing the third edition, staff members were gifted kōwhai trees (the unofficial flower of New Zealand) to plant around the city. 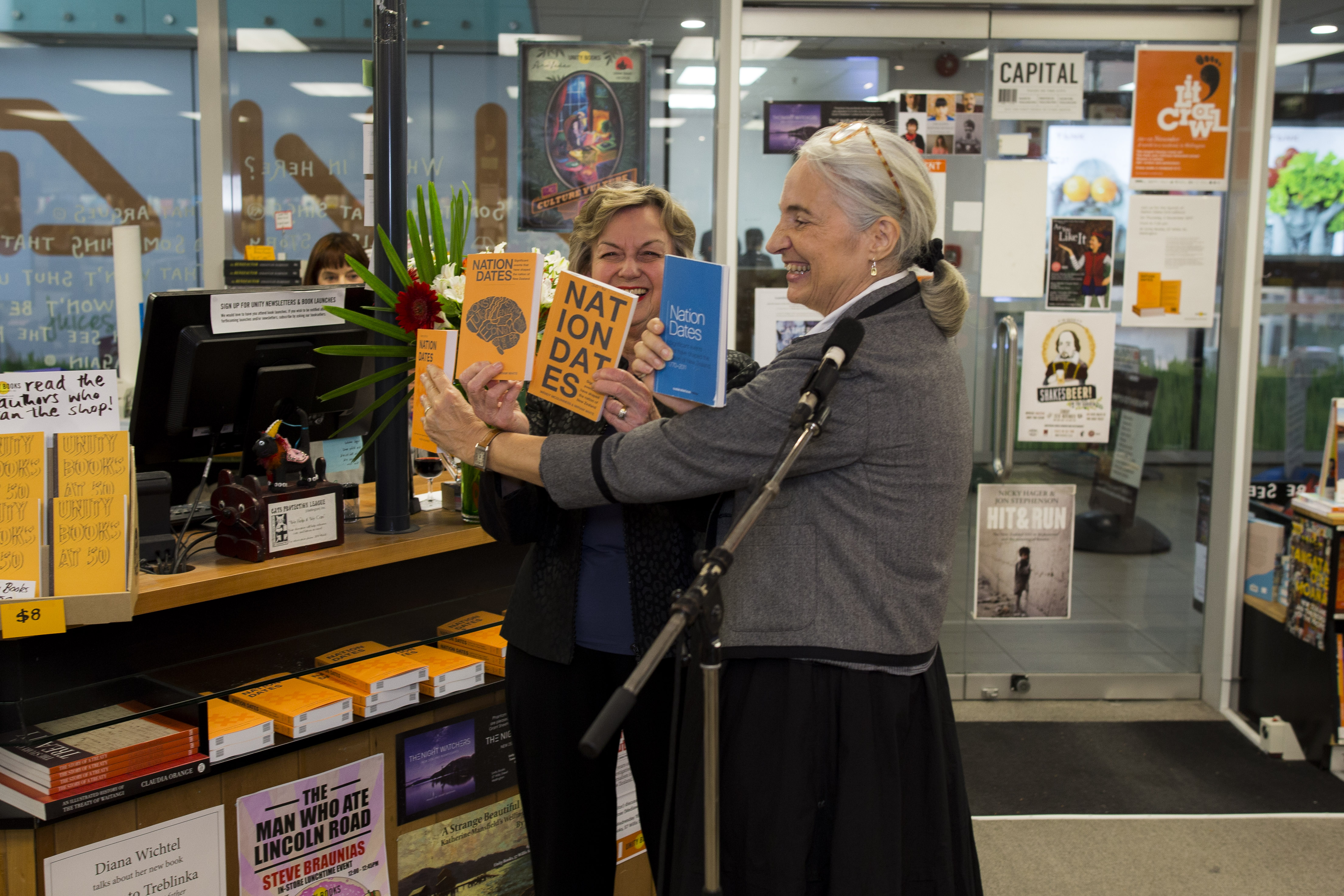 Dame Claudia Orange and Wendy McGuinness hold up the previous editions of Nation Dates, including an unpublished booklet that formed the foundations for the subsequent three editions

The book is a great addition to any shelf or coffee table and is an excellent resource for finding dates of events that have occurred in our history. Copies of Nation Dates are available at Unity Books, 57 Willis St in Wellington for $35.

About Nation Dates
The third edition contains 655 significant events presented in a timeline. There are over 1000 references in the book, a complete online list can be found on the Nation Dates website. The book is not a complete history of New Zealand, but it contains significant events that we consider to have shaped the nation of New Zealand. The fourth edition is already in the pipeline and we look forward to hearing any and all suggestions for dates we may have missed. Suggestions for the fourth edition can be made here.