A total of 384 organisations (the 2017 Deloitte Top 200 companies, government departments, Crown agents and Crown entities, state-owned enterprises and local authorities) were analysed for how they reported climate change information (categories being risks, metrics, costs, controls, targets and initiatives) in their 2017 annual reports (or financial statements). 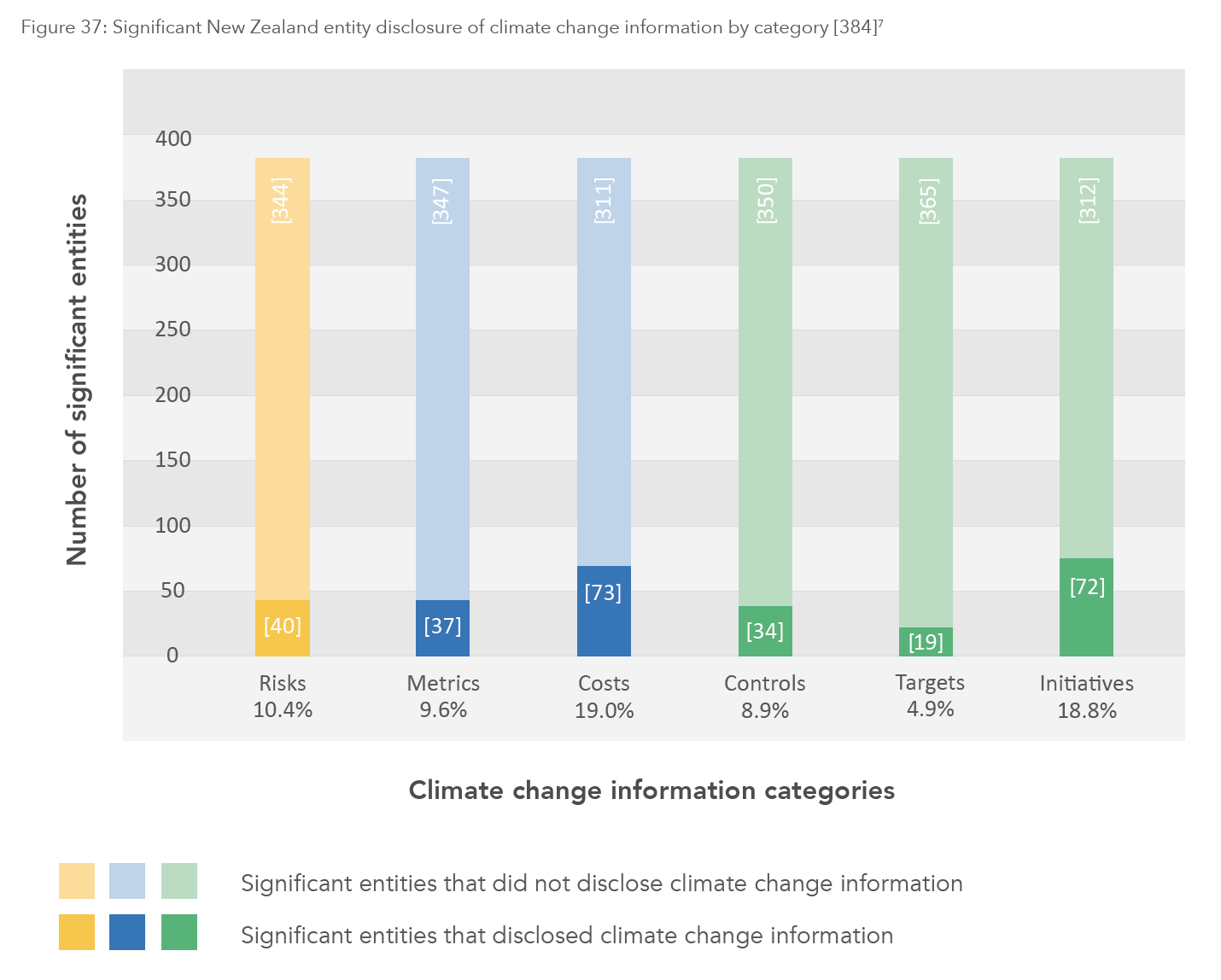 Local authorities were found to be the most proficient climate change information disclosers, with almost 70% publishing 2017 annual reports disclosing one or more of the three key terms (emission, carbon and climate). However, the overall level of disclosure was low and many disclosures lacked detail and specificity. Only two of New Zealand’s 78 local authorities disclosed information in all six categories (2.56%), while two of the 31 government departments and 65 Crown agents and Crown entities (6.45% and 3.08% respectively) also disclosed all six climate change information categories. No Deloitte Top 200 companies or state-owned enterprises disclosed information in all six categories. Figure 38 below demonstrates the information disclosures of all the organisations combined.

This research emphasises the truth of the adage that ‘we manage what we measure’. We suspect that if government prioritised risk reporting, increased disclosures in the other five categories would follow.

Five general observations were drawn from the research:

Four observations specific to the Deloitte Top 200 companies were made:

Three observations on the broader implications for New Zealand were:

Climate change has the potential to disrupt investments, capital markets, infrastructure investments, council initiatives and government strategy. New Zealand needs to apply a rigorous, timely and precautionary approach to climate change, and reporting will be a key tool for improving commercial and public policy decision-making, particularly in relation to the future wellbeing of New Zealanders (see diagram below). 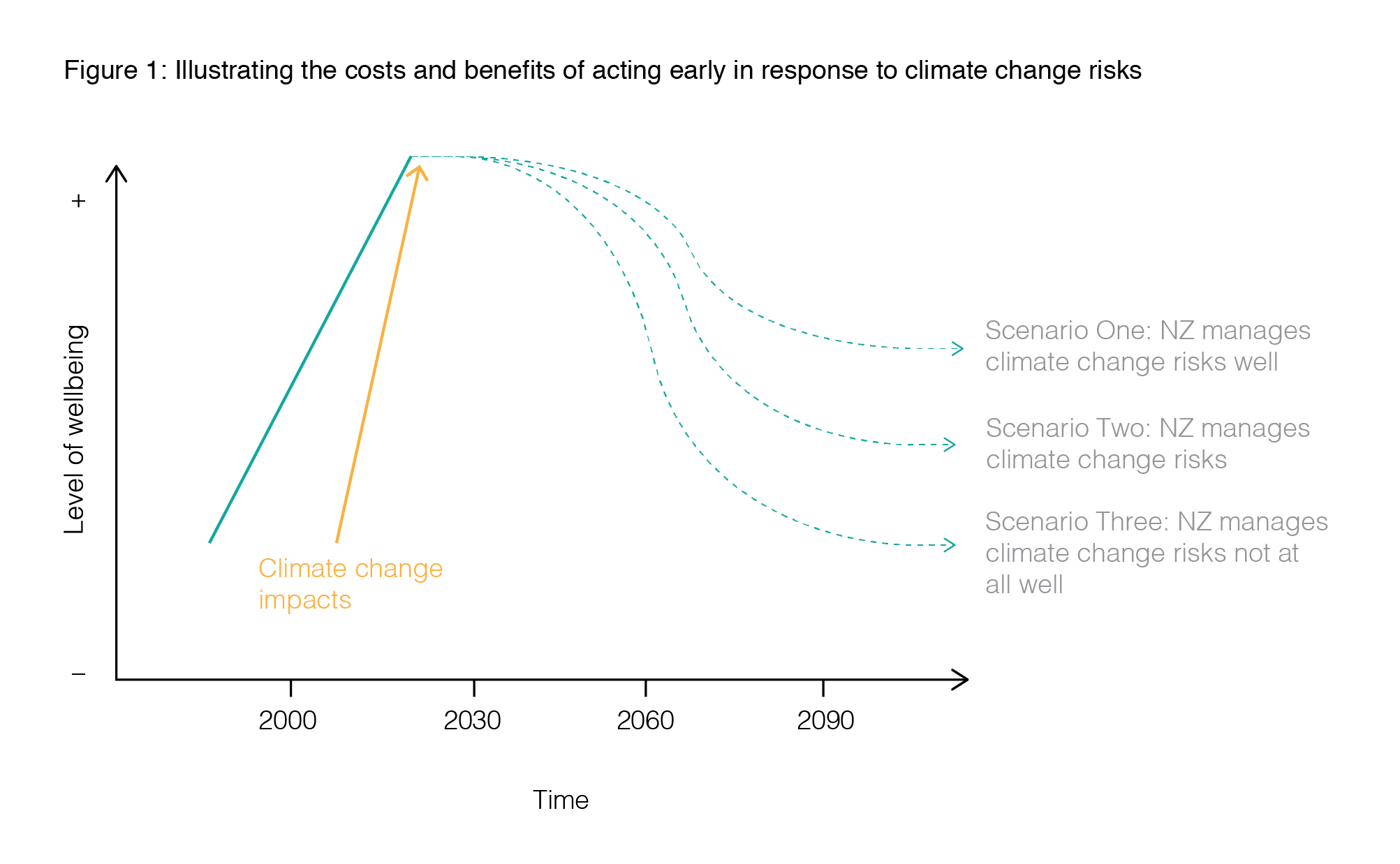 About Project ReportingNZ
Working Paper 2018/03 – Analysis of Climate Change Reporting in the Public and Private Sectors is part of the McGuinness Institute’s two years of research in Project ReportingNZ, a policy project that aims to contribute to a discussion on how to build an informed society.