SCITILOP 2016 – the year politics was written back to front

The readjustment that is taking place across the democratic world has been astonishing. For those sitting at the bottom of the planet, it has been like watching giant dominos falling, hearing the sound permeate around the globe. It has happened so fast that we do not have an in-depth book which analyses why these changes came about and how they might shape the future. This leaves me, and I am sure a few other people, wondering ‘why?’ and, more importantly, ‘what does this mean for New Zealand?’

In answer to the first question, I do not think we are seeing a move to the right or the left, but rather something new. Not just anti-establishmentarianism but something more sinister — what I am calling anti-monotonism (yes, I know this is not a word … yet!). I am wondering if we may becoming addicted to change and excitement. I am sure I am not the only one that wondered what a ‘Brexit world’ or ‘Trump world’ might look and feel like with just an inkling of a desire to see these worlds unfold. If there is even a slight possibility that this might explain the ‘why?’, the ‘what does this mean for New Zealand?’ becomes problematic.

My answer to the second question is illustrated in the books I have chosen for the Prime Minister’s 2017 summer reading list. If we are entering a world where voters seek excitement or are angry at the status quo, we are also entering a world where leaders will deliver significant change. In July 2016, while in LA, an old crusty cab driver told me Trump would win, “not because people liked him, but because they understood him”. Similarly, people in the UK, particularly the older generation, understood Britain as an independent nation state (not as part of Europe).

The losers in this new world are likely to be the institutions; they are not understood and are seen as designing and maintaining systems that have failed. Considered, explorative, reflective public policy (and the analysts that provide it) are unlikely to have a significant role in the fast paced, dynamic, ‘reality politics’ we are likely to experience in 2017. We are also seeing the decline of journalism and the rise of social media and fake news. This gives leaders more power, and in my view, the world has less checks and balances than it had. The power is now in the hands of very few.

In 2017, I will be watching how leaders use this power. It is a move back to the school playground, where it is the loudest (the tweetiest) that rules – not necessarily the one with the best character, the most skills or the best personality. This world of accelerated public policy will deliver benefits, such as a more responsive leadership, but it will also deliver challenges, such as the lack of institutional knowledge, transparency and wisdom.

Whether it is Prime Minister Narendra Modi’s demonetisation decision, May’s Brexit or Trump’s isolation policy, there is a lot of experimentation going on. This may prove challenging for small countries requiring international support. It is hard not to think about Syria, Tibet, families struggling with climate change and poverty while we celebrate Christmas.

The books we have selected for the Prime Minister of New Zealand’s summer reading list denotes the role of a small country at the bottom of the planet. We will need to build our knowledge of the world and develop strong personal relationships if we want to shape our future at home and abroad. Five high-level ideas that have shaped our selection this year include:

Book reviews are below: 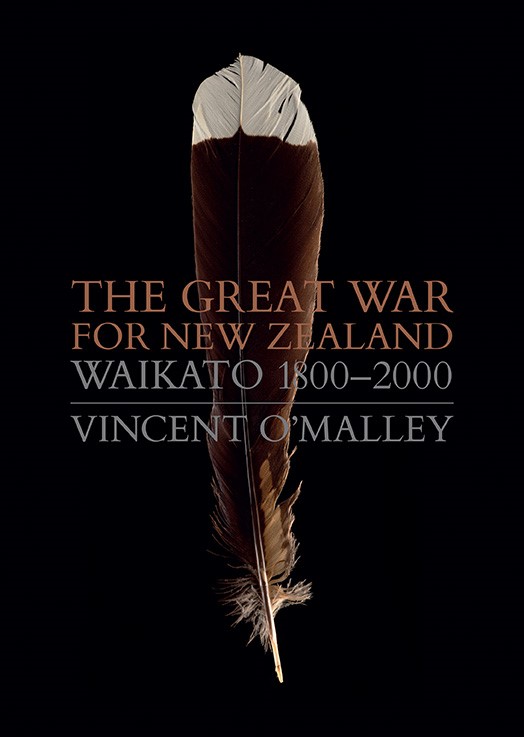 The Great War for New Zealand

BWB summary: A monumental new account of the defining conflict in New Zealand history. It was war in the Waikato in 1863–64 that shaped the nation in all kinds of ways: setting back Māori and Pākehā relations by several generations and allowing the government to begin to assert the kind of real control over the country that had eluded it since 1840.

Spanning nearly two centuries from first contact through to settlement and apology, ​Vincent ​O’Malley focuses on the human impact of the war, its origins and aftermath. Based on many years of research and illustrated throughout, The Great War for New Zealand is a groundbreaking book written in the conviction that a nation needs to own its history.

Thank you for being late

2. Thank you for being late: An optimist’s guide to thriving in the age of acceleration (Thomas L. Friedman, November 2016)

Friedman summary: Thomas L. Friedman shows that we have entered an age of dizzying acceleration–and explains how to live in it. Due to an exponential increase in computing power, climbers atop Mount Everest enjoy excellent cell-phone service and self-driving cars are taking to the roads. A parallel explosion of economic interdependency has created new riches as well as spiraling debt burdens. Meanwhile, Mother Nature is also seeing dramatic changes as carbon levels rise and species go extinct, with compounding results.

How do these changes interact, and how can we cope with them? Friedman returns to his Minnesota childhood and sketches a world where politics worked and joining the middle class was an achievable goal. Today, by contrast, it is easier than ever to be a maker (try 3-D printing) or a breaker (the Islamic State excels at using Twitter), but harder than ever to be a leader or merely “average.” 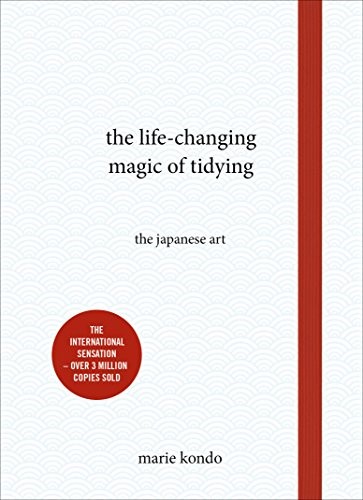 The life-changing magic of tidying

Kondo website summary: Japanese organizational consultant Marie Kondo takes tidying to a whole new level, promising that if you properly declutter your home once, you’ll never have to do it again. Whereas most methods advocate a room-by-room or little-by-little approach, the KonMari Method’s category-by-category, all-at-once prescription leads to lasting results. In fact, none of Kondo’s clients have been repeat customers (and she still has a three-month waiting list of new customers!). With detailed guidance for every type of item in the household, this quirky little manual from Japan’s newest lifestyle phenomenon will help readers clear their clutter and enjoy the unique magic of a tidy home–and the calm, motivated mindset it can inspire. 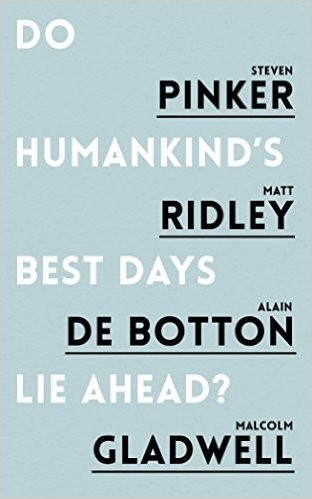 Do Humankind’s best days lie ahead?

House of Anansi Press summary: Progress. It is one of the animating concepts of the modern era. From the Enlightenment onwards, the West has had an enduring belief that through the evolution of institutions, innovations, and ideas, the human condition is improving. This process is supposedly accelerating as new technologies, individual freedoms, and the spread of global norms empower individuals and societies around the world. But is progress inevitable? Its critics argue that human civilization has become different, not better, over the last two and a half centuries. What is seen as a breakthrough or innovation in one period becomes a setback or limitation in another. In short, progress is an ideology not a fact; a way of thinking about the world as opposed to a description of reality. 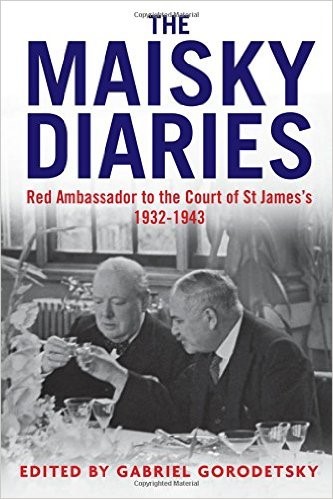 5. The Maisky Diaries: Red Ambassador to the Court of St James 1932–1943 (edited by Gabriel Gorodetsky)

The Washington Times book review: Ivan Maisky surely ranks among the bravest — and luckiest — of all the officials who served mercurial dictator Joseph Stalin. Recording personal thoughts during the period of show trials risked handing prosecutors gallows evidence, and few Soviets ran such a risk.

But during his decade as ambassador to London, Maisky recorded more than a million words in a diary that Gabriel Gorodetsky, an Oxford academic, obtained from Soviet archives. The diary provides a valuable — and highly readable — insight into the Soviet view of events leading up to World War II. 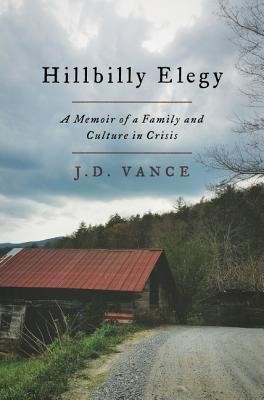 6. HillBilly Elegy: A Memoir of a Family and Culture in Crisis (J. D. Vance)

Goodreads summary: From a former Marine and Yale Law School Graduate, a poignant account of growing up in a poor Appalachian town, that offers a broader, probing look at the struggles of America’s white working class. Part memoir, part historical and social analysis, J. D. Vance’s Hillbilly Elegy is a fascinating consideration of class, culture, and the American dream.

Vance’s grandparents were “dirt poor and in love.” They got married and moved north from Kentucky to Ohio in the hopes of escaping the dreadful poverty around them. Their grandchild (the author) graduated from Yale Law School, a conventional marker of their success in achieving upward mobility for their family. But Vance cautions that is only the short version. The slightly longer version is that his grandparents, aunt, uncle, and mother struggled to varying degrees with the demands of their new middle class life and they, and Vance himself, still carry around the demons of their chaotic family history. 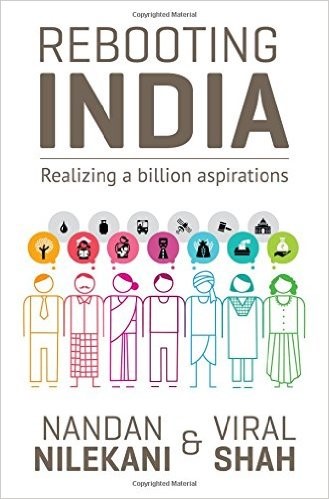 Goodreads summary: India is sitting on a demographic dividend, expected to become the world’s youngest country by 2020 with 64 per cent of its population, roughly 800 million people, of working age. But our country cannot become a global powerhouse unless we resolve the contradictions and bridge the gaps that distort our society. The challenge before us is to enable every one of India’s 1.2 billion citizens to realize their aspirations. According to Nandan Nilekani and Viral Shah, the only way to do this is by using technology to radically reimagine government itself.

Rebooting India identifies a dozen initiatives where a series of citizen-friendly, high-tech public institutions can deliver low-cost solutions to India’s grand challenges. Based on their learnings from building Aadhaar, the world’s largest social identity programme, the initiatives that Nilekani and Shah propose could save the government a minimum of Rs 100,000 crore annually, about 1 per cent of India’s GDP—enough to fund 200 Mangalyaan missions a year. 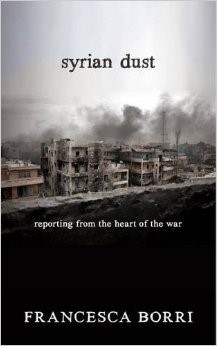 8. Syrian dust: reporting from the heart of the war (Francesca Borri)

Politics and Prose book review: Italian freelance journalist Francesca Borri spent over 2 years reporting from Aleppo, Syria, bearing witness to the devastation of Syria’s largest and wealthiest city. She infuses her reports from the front lines of the battle for Aleppo with poetic descriptions of the people who somehow manage to live among a shattered cityscape, where a mortar or barrel bomb can come crashing down at any moment. Borri’s healthy cynicism about the motivations of all sides in the conflict, and her ability to transport you to the front lines through vivid prose, recall Orwell’s Homage to Catalonia.

As always, a big thank you to Unity Books for helping us with this years selection.

The Institute is now closed until Monday, 9 January 2017. Thank you so much to my wonderful team and our excellent patrons; without your help and support we not be able to do what we do. In 2016, we would particularly like to thank the supporters of TacklingPovertyNZ, especially the five Mayors (Vanessa van Uden, Margaret Kouvelis, Hon Steve Chadwick, Meng Foon and Hon John Carter) and the communities which they represent. It has been a privilege to spend time in the regions this year with good people doing great things.

If you would like to receive our twice-yearly newsletter (coming late January) please register here. Our work programme for the upcoming year will be explained in the late January newsletter and will be illustrated here.

Thank you for your interest. We hope you have a relaxing holiday and return to work refreshed and ready to make New Zealand the place it was destined to become – a place where talent wants to live.

All the best for the season,

Wendy (and the team at the Institute)