The books we have selected for the ‘Prime Minister’s 2018 summer reading list’ denotes the tools, ideas and/or skills we think the Prime Minister of New Zealand might find useful next year.

Three high-level ideas shape the books we have selected:

Book reviews are below: 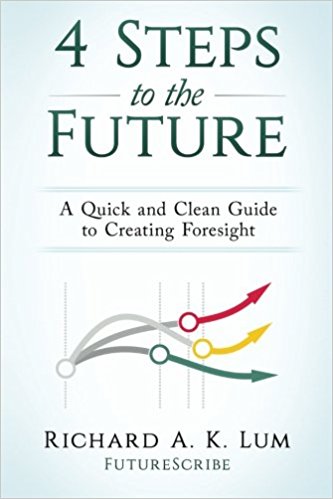 4 Steps to the Future

Barnes and Noble summary: This book by Richard Lum, an academically trained futurist, is a practical, straight-to-the-action guide for creating foresight in any organization. Written for today’s attention-stressed and resource-deprived manager, 4 Steps to the Future provides an easy-to-understand process for creating insight about the future that individuals can immediately begin applying within their organization.

Drawing upon almost twenty years of developing foresight within and for organizations of all types, Lum distills some of the essentials of good futures research and lays out a four step process for developing foresight. Beginning with an analysis of the history of any industry or company, the 4 Steps process leads readers through analyzing the present, forecasting alternative scenarios, and reformulating goals and vision. 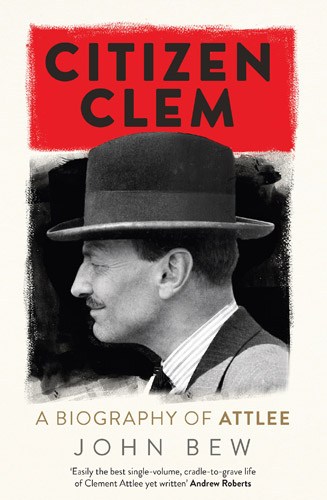 The New Yorker review: For anyone with what used to be called ‘progressive tendencies,’ the best, if largely overlooked, book of last year was surely John Bew’s biography of Clement Attlee, the leader of the British Labour Party through the Second World War, and then Prime Minister in the first great postwar Labour government. … [I]t is a study in actual radical accomplishment with minimal radical afflatus—a story of how real social change can be achieved, providing previously unimaginable benefits to working people, entirely within an embrace of parliamentary principles as absolute and as heroic as any in the annals of democracy. 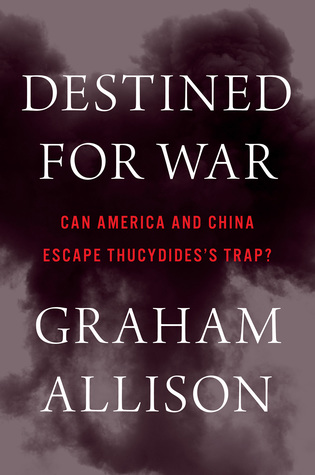 Destined for War: Can America and China Escape Thucydides’s trap? (Graham Allison, May 2017)

New York Times review: The Chinese superpower has arrived. Could America’s failure to grasp this reality pull the United States and China into war? Here are two books that warn of that serious possibility. Howard W. French’s Everything Under the Heavens: How the Past Helps Shape China’s Push for Global Power does so through a deep historical and cultural study of the meaning of China’s rise from the point of view of the Chinese themselves. Graham Allison’s Destined for War: Can American and China Escape Thucydides’s Trap? makes his arguments through historical case studies that illuminate the pressure toward military confrontation when a rising power challenges a dominant one. Both books urge us to be ready for a radically different world order, one in which China presides over Asia, even as Chinese politicians tell a public story about ‘peaceful rise.’ The books argue persuasively that adjusting to this global power shift will require great skill on both sides if conflagration is to be avoided. 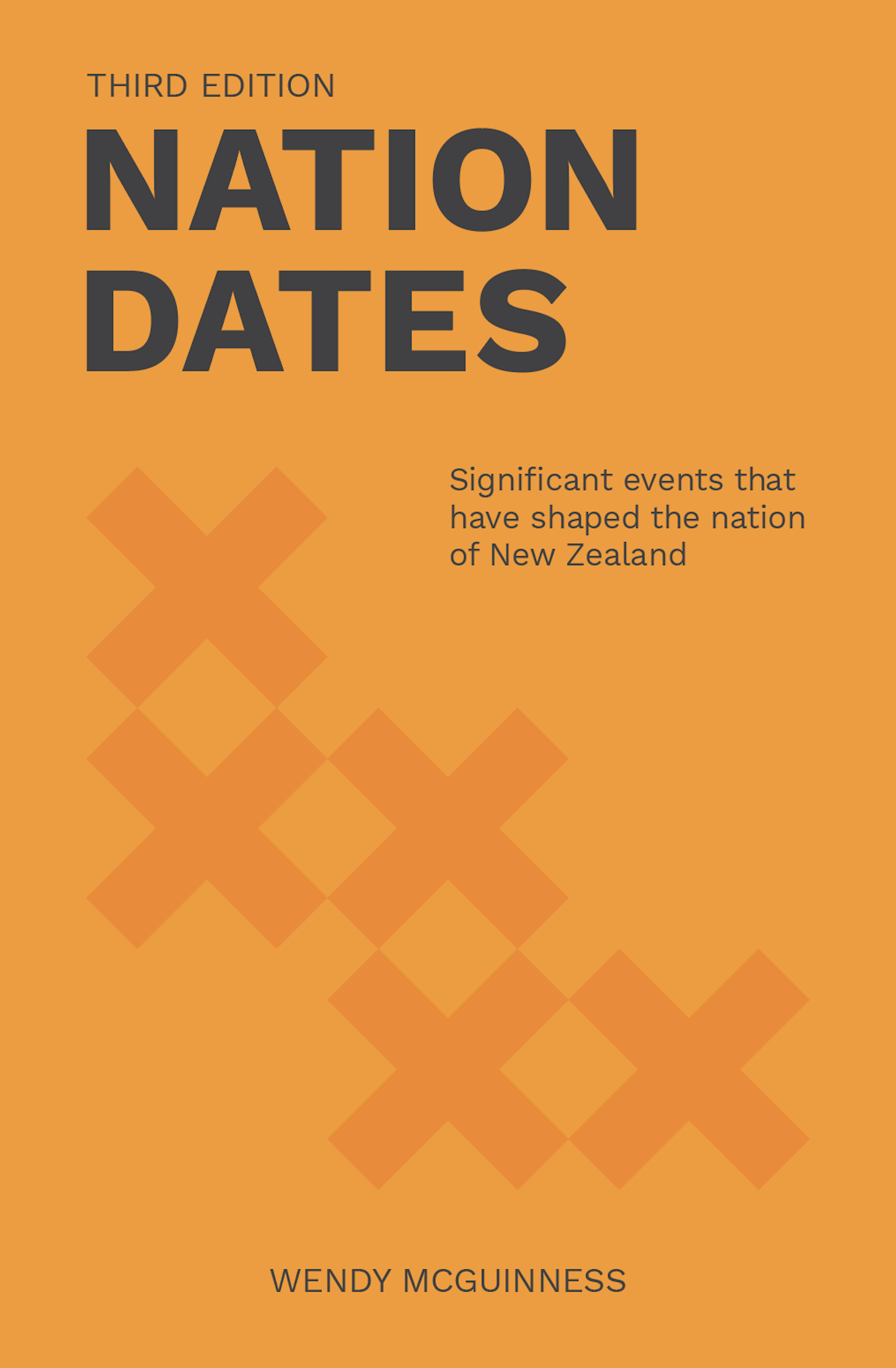 Unity Books summary: Nation Dates is a book founded on our belief that, to understand where we are heading, we need to know where we have been. History cannot be separated from the future and this idea of threads running through time is central to our work. Accordingly, the book is actually the result of several years of research trying to answer the question ‘where is New Zealand going?’. We first put a timeline together when working on Project 2058 and soon appreciated the value in linking similar events through time with what we have called ‘threads’. Mark Twain’s famous line ‘history doesn’t repeat itself, but it does rhyme’ continues to resonate, so Nation Dates lists the rhymes that have occurred in the past, and are likely to propel us into the future. 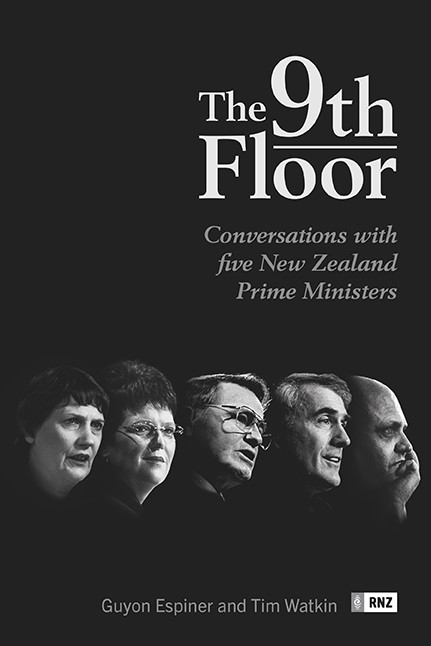 BWB Books summary:
If you’re going to lead, you have to have certain values that are important to you, otherwise you can’t lead, you just flip-flop around the place – Jim Bolger

Nowhere is it written down what are the powers of the Prime Minister. . . . it’s your personality, it’s the skills that you’ve got, it’s how you use the office – Helen Clark

Based on the acclaimed RNZ podcast series, and including new material, The 9th Floor by journalists Guyon Espiner and Tim Watkin presents in-depth interviews with five former Prime Ministers of New Zealand. Geoffrey Palmer, Mike Moore, Jim Bolger, Jenny Shipley and Helen Clark reflect on their time occupying the prime ministerial offices on the 9th floor of the Beehive. Their recollections amount to a fascinating record of the decisions that shaped modern New Zealand. 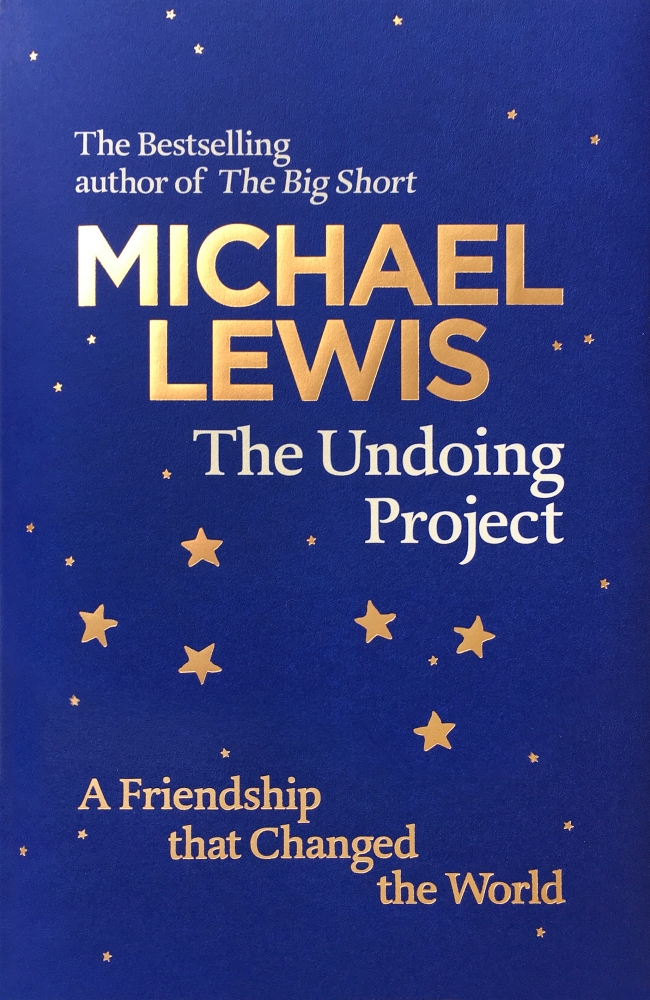 The Undoing Project: A friendship that changed the world (Michael Lewis, December 2016)

Hindustan Times review: There aren’t many professors of psychology who have jumped out of airplanes or slept on the ground next to a battle tank in the middle of a raging war. But Daniel Kahneman (‘Danny’) and Amos Tversky (‘Amos’) were gifted Israeli psychologists who naturally took the first plane out of America to go back to Israel to join the Yom Kippur war of 1973. They went around the battlefields in a jeep distributing psychology questionnaires to Israeli soldiers.

In The Undoing Project: A Friendship that Changed the World, Michael Lewis focuses on the unlikely and intimate friendship and professional collaboration between Danny and Amos. Lewis, author of Flash Boys and Moneyball, has written another page-turner.

Any inquisitive lay reader will find this book full of fascinating insights into the imperfections of our mind, the many cognitive biases and ‘the way the human mind worked, or failed to work, when it was forming judgments and making decisions’.

Tribe of Mentors: Short life advice from the best in the world (Timothy Ferriss, November 2017)

WIRED summary: Ten years ago, productivity powerhouse Tim Ferriss published The 4-Hour Workweek, a guide to streamlining (and outsourcing) work activities that became an international bestseller. His latest book, Tribe of Mentors, offers more advice from high-achievers, this time inspired by Ferriss’s own search for wisdom in a tough year.

‘The past year has been very intense and in some ways difficult for me,’ says Ferriss, who lost several loved ones in 2017. ‘I think it’s also been intense and difficult for a lot of people – certainly many of my close friends.’

Tribe of Mentors follows a similar format to Ferriss’s previous book, Tools of Titans. In it, he takes 11 questions to over 100 top performers across a variety of sectors, from tech entrepreneurs to actors, authors and sports stars. These range from which book they most frequently buy as a gift, to what purchase under $100 has had most impact on their life.

A big thank you to Marcus and the team at Unity Books for helping us with this years selection.

The Institute is now closed until Monday, 15 January 2018. Thank you so much to my wonderful team and our excellent patrons; without your help and support we would not be able to do what we do.

If you would like to receive our annual newsletter (mid-2018) please subscribe here. Our work programme for the upcoming year will be explained in late January and  illustrated here.

Thank you for your interest. We hope you have a relaxing holiday and return to work refreshed and ready to make New Zealand the place it was destined to become – a place where talent wants to live.

All the best for the season,

Wendy (and the team at the Institute)